We've been getting a lot of excited feedback from the community about the Tech Demo of AQW 3D. These responses have indicated these two things to me.

We're still in VERY early development and this is only a Tech Demo which means it's too early to have answers to most questions but I do have a few answers that I didn't address in my YouTube video. 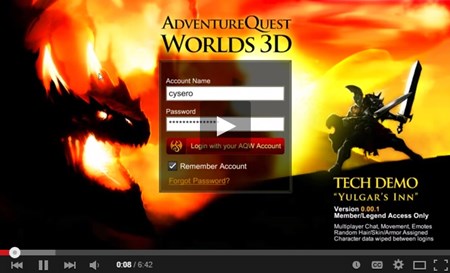 Hopefully this will clear things up for a lot of you.

How Do I Play The AQW 3D Tech Demo?

As mentioned in the vid, the test is currently restricted to active AQW Legends (Members). 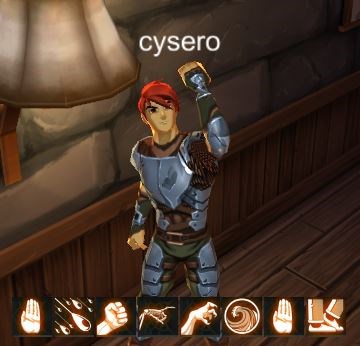 If you ARE an active AQW Legend, just head to AQ.COM/TechDemo and login using your AQW username and password. Easy peasy.
Why Is The Tech Demo For Members Only?

There are two main reasons.

Will The Game Always Be Restricted To Legends?

Nope. It's far too early to know what kind of pricing plan AQW3D will use but we have a pretty strong tradition of making games that are free to play, while offering you things to buy to help suport the games and get the most out of it.

I Thought That You Said AQ3D Was Dead!

I did, in this post and it is. let me be as clear as possible about this... 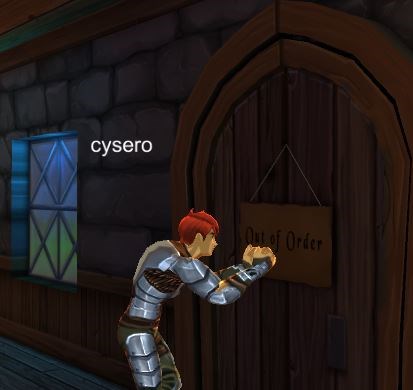 Again, as mentioned in the video, while we will probably be able to reuse a small fraction of the resources that we developed for Legend of Lore but this is new game built on new technology from the ground up. It's still built in Unity (not Flash like our other games so there will be virtually no screen lag) but considering that this will also be a Mobile App as well as a Web Game, using Unity3D THIS TIME without trying to push it through Flash Player made the most sense, although to make it fit on phone and tablets we will need to significantly reduce the poly count from AQ3D and make a number of other pretty big tweaks that makes using Legend of Lore resources slower than if we just remade them fresh.

In time, we will probably change the name of THIS game to AQ3D beacuse AQW3D is really just a mouth full. All that you really need to know is that this is NOT AQ3D: Legend of Lore.

Wait. Did You Say Mobile App?

I did. The really neat thing about what we're doing here is we're making an MMO that you will be able to play from your computer OR your smart phone OR Tablet... and it's all on the same server so it's all the same game.

For example: We're fighting a boss monster, you and I.

You're a high DPS build warrior and I'm your pocket healer, keeping you alive while you bust face and keep the aggro off me. You are playing from your computer, rght in the web but I'm healing you from my phone. We're both playing the same game, in the same location on completely different devices. This was REALLY the dream behind PROJECT OMNI and it's SO RAD to see it finally taking shape with the lessons that we have learned making our Unity games like Battle Gems and AQ Dragons.

I posted, on my Facebook page, a small example of this technology working. Check it out. 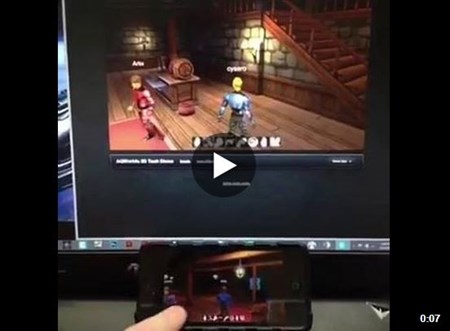 Sorry, you can't right now. Only a few of the developers in the Secret Underground Lab have access to the mobile version right now. It's one thing to show you guys a Tech Demo on the web, but it's another thing entirely to submit this to Google Play or Apple as an app so you guys can download it and play with it.

Will I Be Able To Import All My Items And Stuff From AQW?

AQW has SIX PLUS years of development behind it.

Six years of weekly releases. Six years of items and classes and NPCs and maps. We've gotten pretty fast at building that stuff in Flash but considering our very small number of staff (and before you ask, we can't afford to hire more) it would probably take SIX to EIGHT MORE YEARS to re-create AQW faithfully in 3D which is obviously too long. So the answer is NO, you won't be able to import ALL of your classes and items. 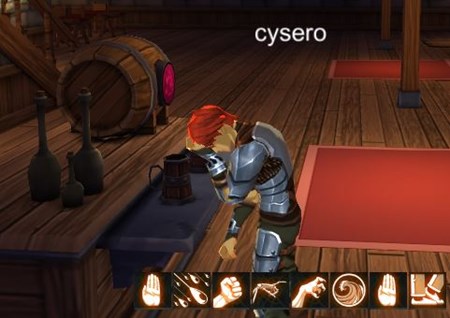 HOWEVER, some of you have noticed that, since we are usig the AQW login, the Tech Demo imports your name and gender directly from your AQW files. I'm sure that we will use that ability to import SOMETHING from your AQW characters to make the transition more favorable to long-time players.

It's just too early to know any of the specifics.

Will I Get An AQW Badge For Testing?

No. At least, no badge has been announced at this point but I'm sure something could be arranged.

No. AQW and AQW 3D will be different games entirely. AQW will continue with weekly updates until you guys lose all interest. Which we hope will be never.

Can I Jump In The Tech Demo Yet?

Nope. I will update this when we are able to implement jumpery.

UPDATE: Yes, you can now jump!

When Will AQW3D Be Done?

This is a big question. 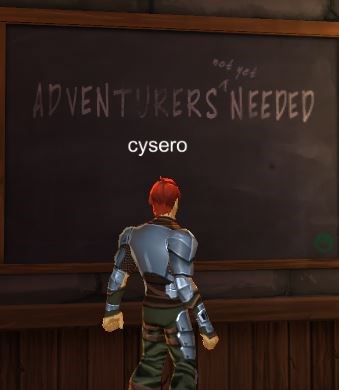 First, you need to understand a few things about app and game development. 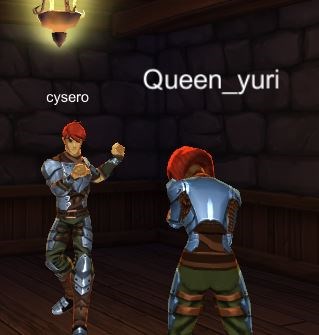 We still have a VERY long way to go and these are just the first few steps on a journey of a thousand miles, but we're excited to see where it takes us and we're willing to walk the full length. We have NEVER directly involved you guys in the development of one of our games this early which gives you the chance to shape the world as we build it more than ever before!

We will still keep developing new games (we have a large list) and of course we will continue to develop the existing games that you guys support with your attention and love.