WHAT HAPPENED TO AQ3D, LEGEND OF LORE? 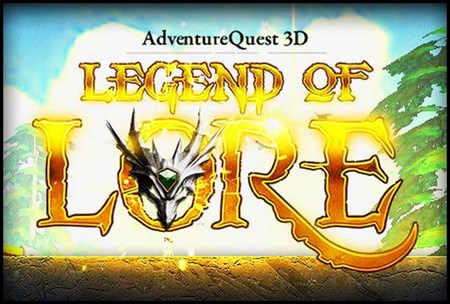 Most of you guys know me, and most of you know that I try and answer your questions when I am able to. A lot of you have been wondering what happened to our 3D browser game, Adventurequest 3D: Legend of Lore so I'm going to try and explain it.

First, I think it's important to say that the project has been shelved. This does not mean that we've given up on it but it DOES mean that halted most work on it (pretty much everything, really) several months ago. We have no CURRENT plans to continue developing it but we hope that our situation changes and we will be able to continue working on it at a later time down the road.

We were a Flash based company. All of our games had been built in Adobe Flash and we were building AQ3D in Unity with plan of delivering the game through the next generation of Flash Players (Kind of like how YouTube plays video files through the Flash Player) After about a year of development on AQ3D, Adobe (the company that puts out Flash and other programs such as Photoshop) announced that it was halting all work on the next generation of Flash to change direction. With Adobe no longer making the next gen of Flash Players, Unity dropped all 3D support for Flash, meaning that we would NOT be able to deliver our game.

This left us in a REALLY bad spot. We had already spent a year making this game and suddenly, over night, we had lost the ability to deliver the game to our Flash enabled players which, being a Flash game company, meant everyone.

Making games is expensive. Just the programs alone cost heaps (and you can't use cracked versions for legitimate games), not to mention the skilled developers, the server costs for an MMO, the bandwidth bill for (hopefully) hundreds of thousands of users, and advertising costs because you need players to survive and you can't just build a game and HOPE that people show up. That's just the tip of the iceberg in terms of how much money it takes to keep a single game going. If we couldn't deliver the game to OUR players then we would have wasted a lot of time and money in a time when we can afford to waste neither.

So, either we keep working on this very expensive 3D project knowing that our market penetration would be pathetic and the game would essentially be dead-on-launch... keep making web-based Flash games in a world where more and more gamers were leaving the web for smartphones and tablets... or shelve the 3D project, continue development on our currently active and profitable web games and set a new course into the Mobile world, where we might be able to build smaller, faster and less expensive projects and maybe even reuse the 10 years of fantastic art that we've gathered over the last decade. The choice was obvious.

Here we are in the present. Adobe has more or less abandoned Flash in favor of HTML5 and Java. Unity continues to produce a very powerful 2D and 3D engine that is getting better release day and MIGHT (one day) once again give AE the power to make a 3D MMO that we can deliver right to your browser.

Until that day, we will store the work we did somewhere safe and cherish the memories of running with you guys through one of our buggiest and funniest Alphas ever.