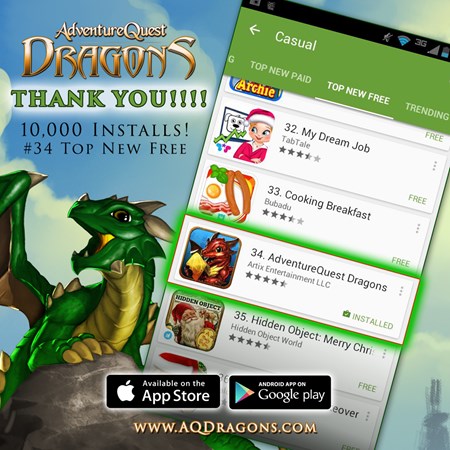 Congratulations everyone! You already got Dragons to 10,000 players on Android and it has hit #34... nope, make that #32 Top New Free Game! Keep up the great wok spreading the word about AdventureQuest Dragons! (The Apple iPhone & iPad version is off to an amazing start too!) 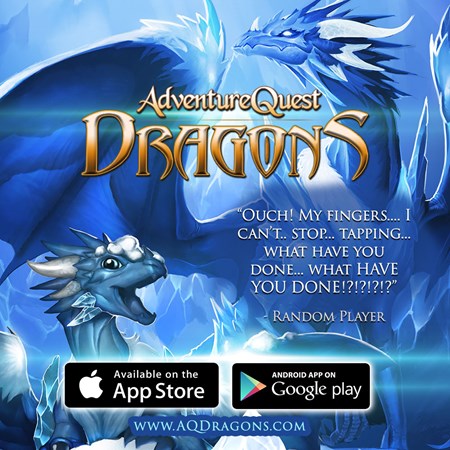 We are working on AdventureQuest Dragons bugs for Android and Apple. Especially the one that crashes specific phones right after the intro video plays! Just as Sun Tsu wrote in the Art of War "No battle plan survives contact with the enemy," I would like to humbly declare "No amount of testing can prepare a new video game for the first install by thousands of real players." We believe we have isolated the issue, but we need help from people with those specific devices.

So... this one was really hard to figure out since it is so inconsistant. Very specific combinations of Android OS versions and GPU hardware do not know how to handle the texture compression that Dragons is using (Which is called ETC2). Normally, this would be ok. this is because your phone will simply uncompress it and just use the raw image data. Which would be great... except the raw size of these giant textures are too huuuuuuuge... so CRAAAAAAAAASH. It would sort of like making a cup of coffee for your friend, but he tells you that his mouth is incompatable with the coffee cup you are holding... so you try shoving the entire pot of coffee in his mouth instead.

We have two solutions, but we need a device here at the lab to test on. Specifically we are looking for older phones running Android OS 4.2 or lower, with a Qualcomm Adreno 203 GPU chipset.

If you have one of these devices and want to help. Please let us know in the comment section below. In the mean time, I am calling everyone I know. 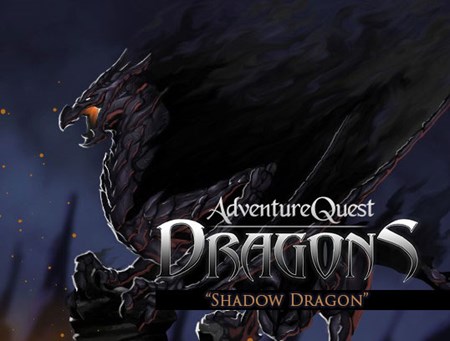 We ran into a pretty critical problem. Our "redeem code" functionality is not allowed on Apple devices. This rule is in place primarily to stop evil developers who are trying to sneakily circumvent Apple's App Store Purchase process. Which makes sense. I am not sure if you noticed, but each major techological ecosystem is now in it's own sandbox. What I mean is... Apple, Google, Facebook, and other major tech companies have created very strict borders around their digital territories. If you are on an apple device, you must pay through apple. Same for Google devices. Same for Facebook. We understood why this is the way it is-- and as of the BattleGems video game project respectfully implimented a different system depending on where you played.

The redeem code, however, was something that never even crossed our minds as being a problem. It was put in place for two reasons. First to allow player support to help players-- which is extra challenging since this other than the upcoming leaderboards this is a single player game that lives purely on your device. Secondly, to give away redeem codes in promotions and merch to draw more players to Dragons. So, the redeem code feature being a release-stopping issue puts me in an absolutely terrible position. To solve it, I have no other choice but to remove the redeem code feature from the Apple version. (otherwise it will not be allowed to go live.) This feature will still be available on the Android and upcoming Web version. 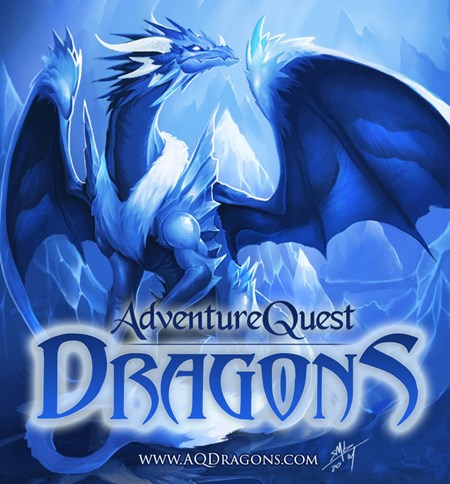 The Apple App store will be closing next Monday-- meaning this is our last shot. As you can imagine, we are desperately (and quite panickly) doing everything in our power to have Dragons released before then. Please cross your fingers, toes, talons, and any other lucky things that can be crossed in an somewhat awkward and highly amusing manner for us!

Thank you for being so patient and understanding as we battle through these bugs. Also thank you to everyone who gave us 5-stars and wrote such enthusiastic and kind comments. Your comments make working on this through the weekend and nights so worth it. 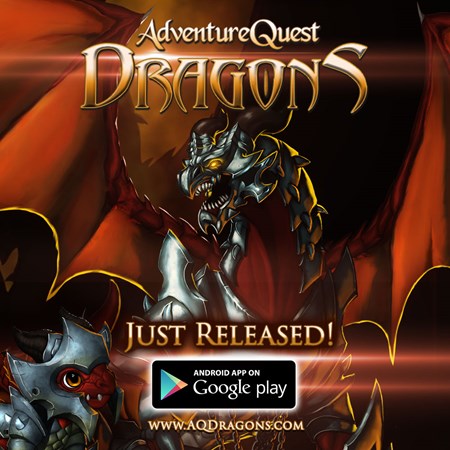 DRAGONS just went live for Android! Get Dragons on the Google Play app store!  The Apple version will be going live next. Please give us 5-stars and help spread Dragons!