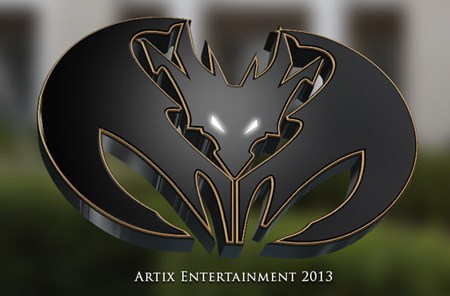 If you have been following the design notes, you know we are knee deep (more like scuba deep) in Project: Omni. It is not a single game, but an ambitious project with the goal of taking all of our games (new and old) to iPhone, Android, iPad, Tablets, Windows 8, Toasters, and all game-enabled devices. To learn how to do it, we are building a lunch-break size puzzle RPG. It is called Battle Gems. Probably one of the most addictive games I have ever played. A 7-year old sat at my computer to give it a try. Two hours later we HAD to publish a mobile version on the phone and give it to them so I could get my computer back and write this post.  VICTORY! We ran into one "small" problem though. Our current Artix Entertainment logo is too big and complex. At a tiny size (like the logo on an iPhone app) it is just a squishy blob of orange and yellow. 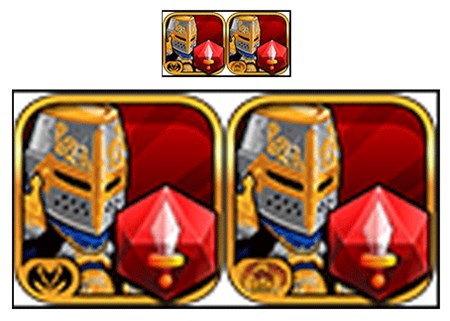 See how much easier the black one is to make out?
I was told by the designers, "We need something that looks good in black & white. If you scale it way down, you should still be able to tell what it is just from it's silhouette." This was not the first time I was told this. We created a new version of the logo 2 years ago... it is the one that is hanging in the lobby of the lab. 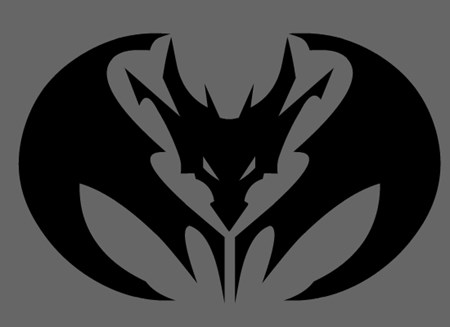 But, it is so small and detailed that it becomes a blob too. So, yesterday... Cysero and I were "bad". Without telling the designer or artists what we were doing, we created dozens of logo concepts. In previous meetings we were told we should move away from the dragon as our symbol. WHAAAAAT!? No. Never. That is one thing I will not, and will never budge on. *In the voice of the Doctor*, "Dragons are cool." There was design that just struck me as.... OMG COOOOOOOOOL! (Many of my friends on Twitter and the 7-year old agreed.)

Designing a symetrical dragon logo is pretty tricky for one reason only. Dragon wings are A LOT like bat wings. So, um, I invite you to sing along with me... "Daaaa na na naaa na na naaaaa na... na... AE!" 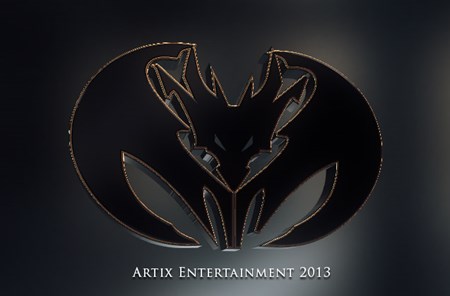 A few people recommended putting the logo in our red/orange and gold colors. I agree. That is a terrific idea. We were building it in black and white so we could create a "shape." If you have an artist's eye, you can imagine how cool this will be when it is textured and shaded like the 2008 logo. Of couse, this logo is not final yet... I am looking forward to hearing if you like it. So comment and talk to me. Is this a symbol we will be proud to wear on our shirts and armor as we go out to create video games and save the world?