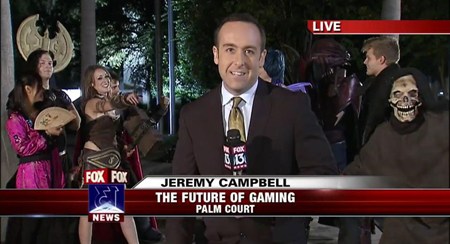 Achievement Unlocked: "Appear LIVE on the News without being in handcuffs"

Last Wednesday, we were on TV. FOX 13 News (Tampa Bay, Florida) featured our team and the Secret Underground Lab in a segment on the future of Video Games. Players were surprised to see how much the lab actually looks like the recreation inside AdventureQuest Worlds. (/join UndergroundLab) For the promo bits, we were asked to go to the studio in costume and be on camera LIVE. We were told we could do whatever we want while the field reporter Jeremy was talking -- we broke out into a Good vs Evil fight. The news segment should also be airing in Orlando tonight, and there is a small chance it could get picked up nationally. You do not have to wait though... Fox put the video of us in the news on their website for you to watch! 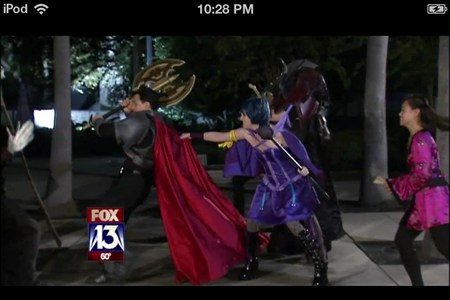 I wish they had put the clip of when I pole vaulted using the axe and double drop kicked Sepulchure. 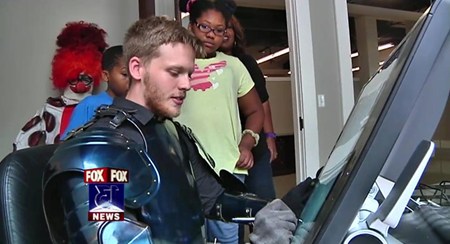 We get a fair amount of visitors at the Lab these days. Watching how the artists draw the art for the games is really fascinating. Each and every week, a single AE artist must create an insane amount of monsters, backgrounds, swords, armors and items. 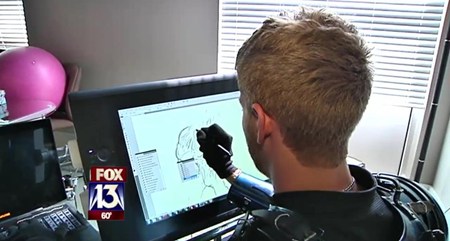 View from the other angle! 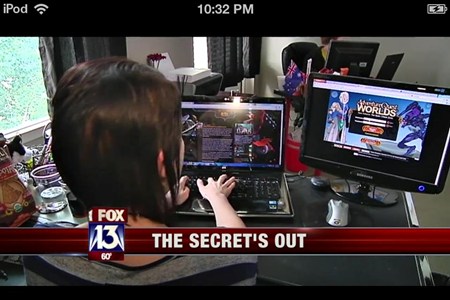 Nythera and the Player Support help fix hacked AQWorlds accounts (This is the room that answers your help emails!) They help about 4,000 players a week with their account problems. 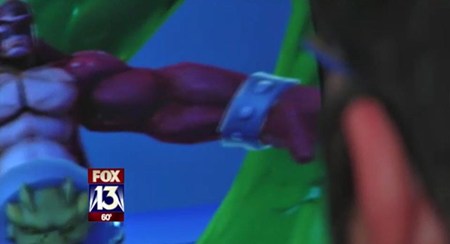 AdventureQuest 3D has been quiet for the past month... spookily quiet. We are probably up to something :-)

Thoughts on the News Segment & the Future of Gaming

The focus of this news report was the future of gaming is changing. Just like CDs to iTunes.... Movie Rentals at BlockBuster to Netflix.... the way we buy games is changing. It is changing fast, and it is changing right now. Of course, it is not changing for us, we have been doing this for 10 years now. It has been odd watching the rest of the game industry making the switch to the way we have been doing things. That is... acquiring the games on the device you play them on, playing them for free and upgrading later (and optionally), and getting ongoing updated game content. 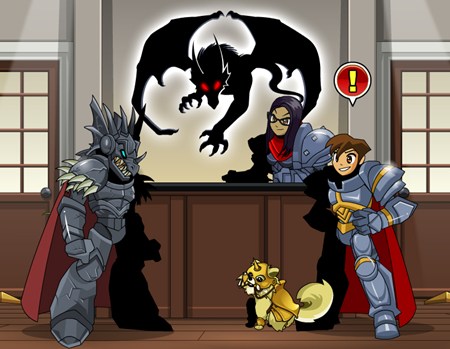 Of course you do not need to wait... you can go to the recreation of the Artix Entertainment Lab in AdventureQuest Worlds right now. (/join SecretLab) 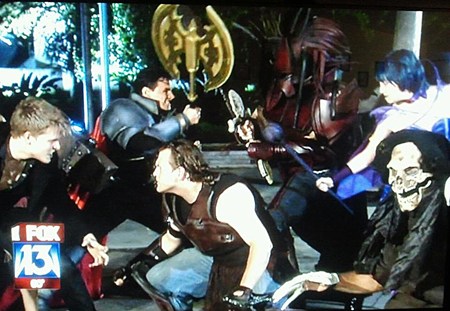 Did you guys script that fight?

We showed up at the FOX 13 studio at 9pm on Wednesday in costume. We were told we could do anything we wanted. The segment was going to air at 10pm, but they were going to do four LIVE clips promoting it. We are not sure why they were going to be LIVE... they could have recorded them. Maybe they were hoping we would do something supernaturally stupid. (We did out best!) The camera was setup just outside the studio under their giant doppler radar thing (for the weather.) Each of the live bits were going to be about 15 seconds. During the first one we were all standing and smiling, yelling "Battle On!" and then Sepulchure shoulder checked me. Everyone say it and we all drew our weapons. In the next segement it was an all out brawl. Miko was being chased around while Faith and Nythera squared off, and Sepulchure and I clashed weapons. The third and forth segements were my favorite... the camera man missed some of the best shots, but a girl was recording with her cell phone off to the side and got them. I will try to get the footage and post it for you. After the news cast the security guard said, "You guys need to take this show to the Childrens Hospital." O_O  Nythera started making some calls immediately.

Do you still love us knowing we are cheesy, crazy, game-obessed geeks in real life?