If you've been with us for a while, thanks for playing! You'll see that we've been changing a number of features and functionality inside AQWorlds. If you're new, hi! Welcome to AQWorlds! You've come at a really key point in our game's lifespan.

AQWorlds is over six years old now; we've grown so much since 2008, and over the years, we've defeated scores of villains. But one of the most dangerous enemies of online games is staring us straight in the face, and we are doing all we can to fight it - stasis. We need to move forward, evolve, and change with the times. To keep AQWorlds alive, we need to GROW and IMPROVE and CHANGE. 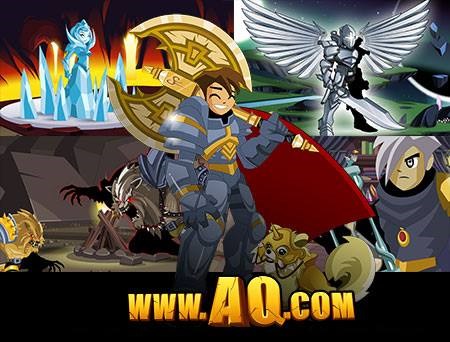 Because AQWorlds updates on a weekly cycle, the development for improving and updating the game take place alongside weekly releases. That also lets us have YOU guys test the changes as they are being built (once we reach a stage where you can push buttons and have something happen).

Several of these projects (like the new world map and the quest UI) are in live-testing. We do this to see how the new functionality will hold up under load. So, below is where those projects and others stand, and where we're headed next:

The new world map is designed to both help you navigate the world and give a better idea of story progression. We call these "adventure maps." They aren't 100% geographically accurate; instead, they show you where you're headed next in the story. 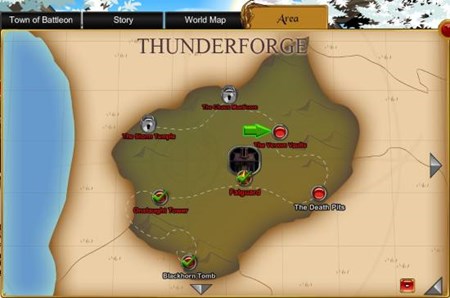 The quest/NPC interface redesign is taking place for a number of reasons: 1) the current appearance is outdated. We've got to keep AQW looking fresh and appealing. 2) many new players have difficulty using/understanding it 3) by re-doing the UI, we can improve the functionality. 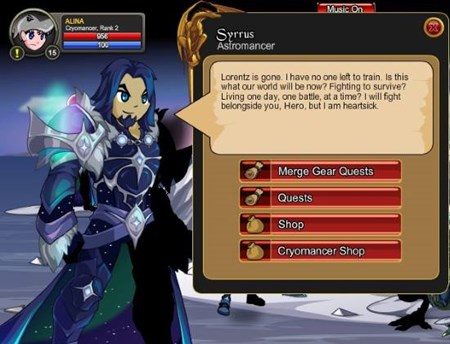 The new tutorial is a VITAL project! When a new player first joins AQWorlds, we want to excite them, engage them, and TEACH them how to play the game. Based on your feedback, this version of the tutorial meets those three goals the best. You've also sent in additional ideas on how to improve the tutorial (thanks!). 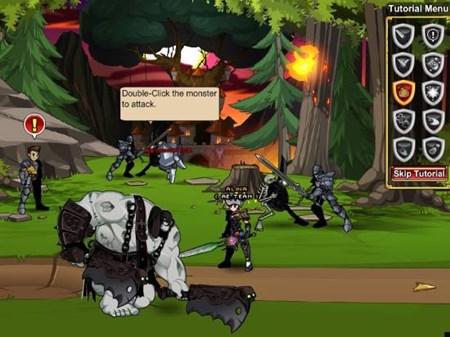 Almost exactly a year ago, I posted a Design Notes about the server rewrite project. We have a good deal of control over the game, but currently we are using server software whose base we did not build ourselves (though we created all of our server-based game functionality)... and that means there are some things we cannot change. But we CAN rewrite the server!

Due to a number of additional top priority projects (like the Facebook integration, the quest interface, and others) and delays (the end of the Chaos Saga, the holidays, etc), work on the server rewrite has been delayed.

BUT! As of January 1st, the server rewrite project is officially BACK in action! Yorumi has already made a lot of progress. He started researching again this past December, and met with Zhoom in early January.

Phase 1: Porting the existing game over to proprietary server software (that we built ourselves. This is what Oversoul currently runs on).

Right now, we are about a month away from the staff-only test of the new combat system. With the current calculations, we expect SRV .8 (the player live-test PTR) to begin in September.

Keep an eye on the Design Notes for future progress updates!