New Releases... for the end of the world?! 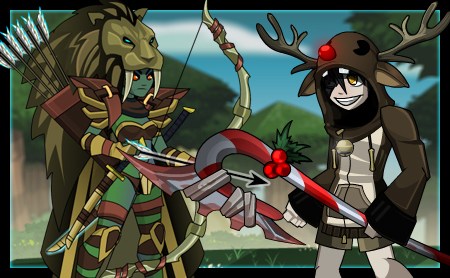 OverSoul has been OverStuffed with brand-new improvements and features! 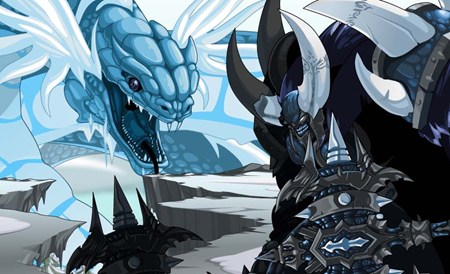 Sharpen thy blades! Summon your friends! We ALL need to join together if we're going to defeat Quetzal and Kezeroth! Chronomancers, Chronocorruptors, Timekillers, and Members must embark on special quests before time runs out: Quetzal’s plan is to destroy all of Lore, fulfilling ancient Mayan prophecy! Gear up in Apacalyptic Warrior sets from the Limited Quantity Shop beginning Saturday, December 22, at 2pm Server Time (EST) to thwart the World Ender's plot and make sure that there will be a Lore to battle in next year... and for many years to come! 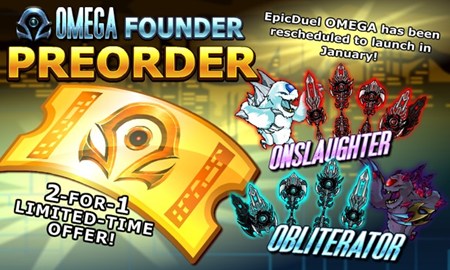 Omega has been delayed! Here's what we're going to do -- we're going to offer the Omega Onslaughter/Impaler, Obliterator/Slayer, both Yetis, and an Omega Ticket that grants access to a month-long contest for the price of one 5-key package. When you buy this package you will receive a ticket that will guarantee you receive the items as soon as Omega officially goes live in January.  After Omega goes live, we will split the Obliterator and Onslaughter into 2 separate packages as planned, but those who preordered will already have it all and be able to participate in the competition without delay!

The players will try to find Vayle in the Amethyst City and then confront Queen Pallor in her mogkee-filled lair to try and stop her evil plan. There will also be a special Frostval gift for players. 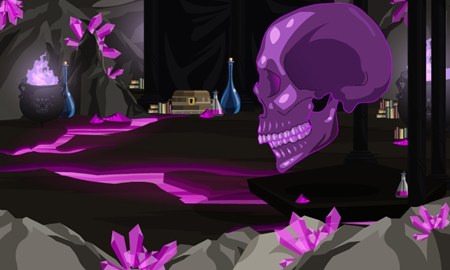 The 3011 Frostval Replay brings with it the return of the Milziiga Sniegapika build-a-mecha - along with all-new Reaper-themed parts for 3012! Fierce competition is on the horizon, as the G.E.A.R.S. Games are set to begin this weekend! The Houses Wolfblade, Runehawk, and Mystraven will battle for the 3012 Championship title. Meanwhile reports are flooding in from the edges of the multiverse, a relentless tide of Shadowscythe is massing. What price victory? 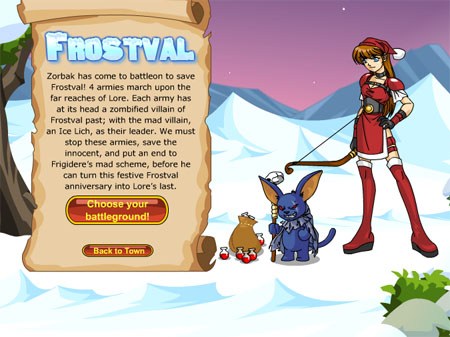 Every time this year, someone always tries to ruin the festivities: it’s a Frostval tradition! A horrible Ice Lich (antarcticlich?) plans to bring back the villains of Frostval past (what, no present or future?) with sinister zombie power! Do you have what it takes to stop this threat and save Frostval? Plus we are adding a 2nd limited-edition Champions of Lore spell to the LTS, both versions will be gone forever January 2nd. Also be sure to check out the Red Viking and Red Valkyrie player faces in Warlic's Magic Mirror!

Niroquill: Check twitter, Artix tweeted about AQ3D having moving grass and Alpha Knights are in for a treat. Posted on 12/21/2012 5:38 PM

Niroquill: Good news again indeed but I'm a bit sad about HeroSmas having no release, but I love A.E so much and HeroSmash that I am sticking by it all the way.Even thouh HeroSmash has a 7 man team (8 if Beleen is still with them) I stick to it cause I know HeroSmash can be as good as AQW, I just can't wait till BETA ends. I just love to see A.E succeed and can't wait to see HeroSmash succeed big time over all! Merry X-mas to A.E and I hope in 2013 the little brother of A.E (HeroSmash) is burped, pampered, and feed well and grows up to be a big and strong game. Go A.E! :)Oh and PS, Good luck Artix and the rest of the AQ3D:LoL team, I know it's hard work indeed but you guys can do it. (PSS, I hope I can work for A.E when I'm eligable, as a coder, artist or writter. Artix, Yorumi, Beleen, Cindarella, Randor, Yergen, Dage, Nulgath, Cysero, Zhoom, Rolith, Ghost, drDOT, Wonderp, Postmaster Samba, Thyton, Geo, and the rest of the A.E family that names I couldn't think of at the moment are all inspirational people to me :3) Reply  Posted on 12/21/2012 6:37 PM
Delete  Reply

kabimarta1: Amazing release, the last cutscene made me cry... by the way, I can't seem to /join factory nor /join icevolcano because every time I try to do so, it just says "Loading map files... Failed!" and forces me back to the login screen. Oh, and did anyone notice that the cutscenes from the 2010 Frostval event (the one with the good/evil choices as well as Maximilian Lionfang and Garaja and the first appearance of the Spirit of Frostval) seem to have been removed? Weird, huh? Reply  Posted on 12/22/2012 3:43 PM
Delete  Reply

Voydspektre: Oversoul won't let me click the play button, it just acts like the button is just part of the background :( Reply  Posted on 12/24/2012 7:56 AM
Delete  Reply

Eonaleth: Sorry to disturb you again friend but now we have combat lag and hope you have a safe and blessed Christmas/Frostval :) Reply  Posted on 12/24/2012 2:10 PM
Delete  Reply

Ark_Zong: aaaaaand yet again nothing for HeroSmash :/. I agree with Zexo-X and everything, sticking by its side waiting for an awesome release, but with u guys announcing ur first 3D game while HS was still in beta was and in my opinion kind of a bad idea. even though I still think AQ3D is epic, you cant forget about HeroSmash or you might as well put it in the same category as Pony Vs. Pony cause the last time we got new art for a monster was A.E's 10th anniversary ebilcorp war. keep up the good work with AQW and Oversoul though. Reply  Posted on 12/24/2012 6:09 PM
Delete  Reply