'Tis the Season for New Releases

If knowledge is power, and if knowing is half the battle, then the newly implemented Tutorials will pave your way to victory! Take notes from Nulgath himself with the battle tutorials, now available at the NPC Guide. Battle tip pop ups also show you how the interface works, too. And whispers of 7 new beast characters flood the OverSoul realm… but they are super hard to find and even harder to capture! 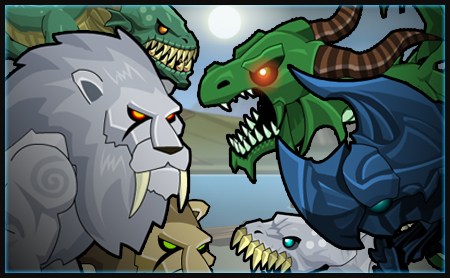 Prepare for the Chaos Lord Showdown! Dive into the Chaos Beast battle against Kathool and journey into the heart of Space to confront Iadoa, the Chronomancer Chaos Lord. Gear up with rare Quibble items and dish out serious damage (and bragging rights) against that time-twisting terror. Once you have saved Lore, relive the Frostval festivities of years past. Don’t forget to fill your stockings with 2012 Seasonal Rare Items! 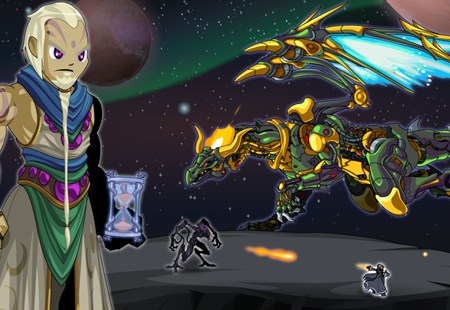 It’s official: Omega launches December 14th! The ED team continues to work on stat freedom and enhancement overhauls. Check out the new promo packages for Omega: The Omega Obliterator and the Omega Onslaughter mutating weapons. We've also got an “Are You Yeti” T-shirt on the way in Heromart. Want to know even more? Check out Rabblefroth’s Design Notes! 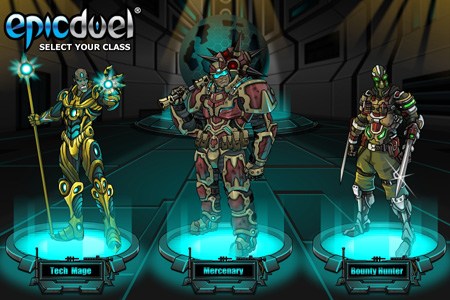 Explore the first portion of the Book 3 Surewould Forest walkaround! Check out the refreshed versions of two of DragonFable's classic random dungeons: the Bandit Camp and the Waterfall Cave. 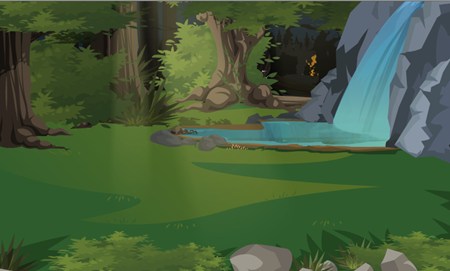 The Weathercasters Guild of Planet Loreon predicts snow in Soluna City! It's beginning to look a lot like Frostval, and G.E.A.R.S. students are getting ready for the giftgiving holidays of winter. Engage in yuletide merriment and replay the events of Frostvals Past! 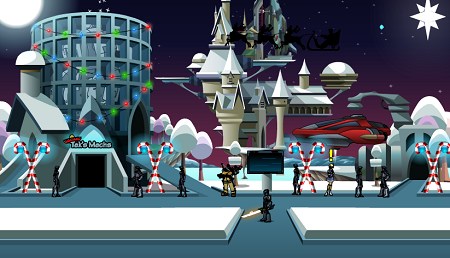 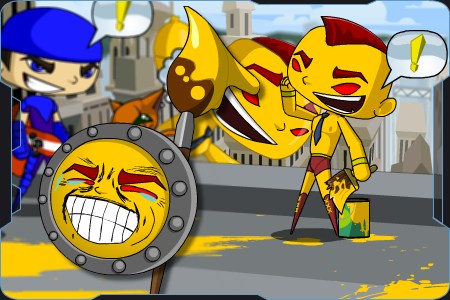 Famine and plague ravish the land as hoards of BURPs unleash their secret weapon: the legendary samurai SAMURATS! Looks like you’re ganna need serious magic, and the Champions of Lore spell in the Limited-Time Shop will do the trick! Giftboxes have also arrived with the addition of a Ranged gift! Be sure to grab yours and see what surprises await when you open them at the end of the year! 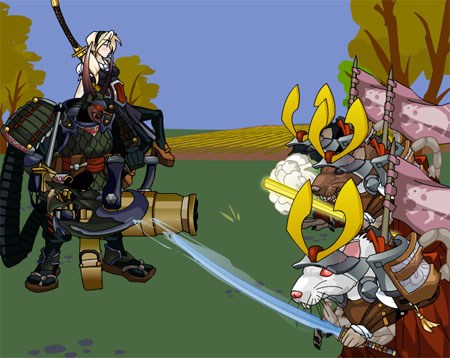