Ever wanted to be a video game tester? Here’s your chance! AQWorlds is making some game improvements and we need your help and feedback. The Book of Lore has been revised (now with 50% less typos!), and a brand-new Tutorial has been introduced. But before we send new heroes through the Tutorial, we ask that you and your friends test it out and tell us what you think. With your help, we can make AQWorlds better than ever before! Test out the tutorial and share your thoughts on the AQW Forums!

Draw your weapons—literally! EpicDuel has just released a bounty of epic items suggested by your fellow players. Getting your hands on these player-inspired weapons will help prepare you for the upcoming Harvest Festival, loaded with missions, the Harvest Husk, the Harvest Reaper and Soul Reaper, and much more! The cool autumn breeze has also brought Patch 1.4.10c with it, delivering 4 new mutating Primary weapons, 5 new Guns, 15 new Swords, and bug fixes. Winners of the Spooky Head Design Contest have been announced as well, so check out the Design Notes and see if your hairstyle made the CUT! 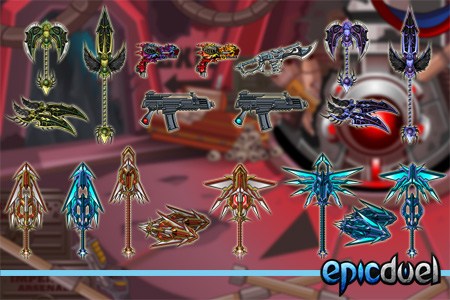 Bubble has been toiling with trouble! Sally and Bubbles the cat have been toiling away at…something big…deep within the Necropolis. Team up with the MOP and their new trainees to help investigate what is going on. It’s their task to scout the Necropolis and find out where Sally and Bubbles are, and see if they can find out what nefarious plot is afoot…erm, a-paw. The Pyromancer Class has also received a few new updates including mana and damage adjustments, and don’t forget to pick up Wedding Rares from Rolith and Alina’s Wedding Shop—only available for one more week! 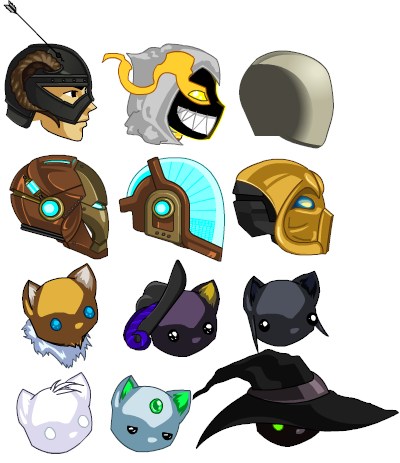 Celebrate Mogloween MechQuest style! The spookiest time of the year has come to Soluna City, along with a horde of skeleton and zombie trick ‘o treaters. Even the Police officers are in the spirit, transforming into K9 werewolves—but their bite is much worse than their bark! Take a trip to the Zombie Hospital if you devour too much candy (…or brains?) and explore the Haunted Museum and accept a spooky Mogloween quest… if you dare!

Grab your gourds and get ready for this year’s annual PumpCON festival! Head to the /fairgrounds and meet Spook and Spiryt who have handfuls of candy for you… if you’ve got what it takes to complete their challenging missions! All that candy you does a lot more than cause cavities… you can trade the candy in for MUCH sweeter Armors, Helms, Weapons, and Shields. Will you be crowned the PumpCON PumpKING? 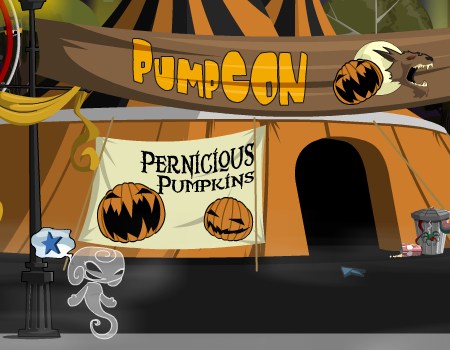 There’s no Mogloween like the original! Don your vampire, werewolf, and zombie hunter heads and celebrate Mogloween with a stockpile of spooky seasonal items. Be sure to check out the updated appearance of some of your favorite Mogloween items from previous years. A new side quest has been added that will test your Zombie survival skills… but you’ll need a powerful weapon to prevent you from becoming brain food! Head to the limited time shop and bring the Dark Comedy blade to the battlefield! 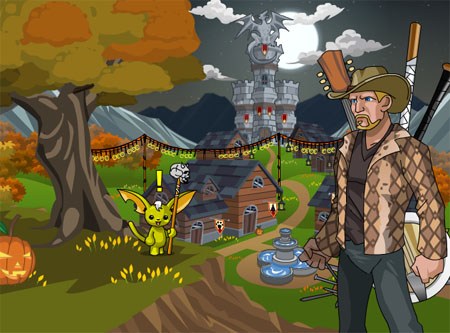 Champion of Rigi: Wait what..... The first helm from the dragonfable releases is a copy from Skyrim's Dovahkiin (Dragon Born) Reply  Posted on 11/3/2012 10:46 AM
Delete  Reply

Loremaster: The New Aqw Tutorial is much more interactie and longer so players can have a better time in it.. Reply  Posted on 11/5/2012 8:42 AM
Delete  Reply

KJinx101: All these are awe-way-some!!! Can you start making videos and pics of updates and stuff about AQ3D too... maybe a mini game style singleplayer thing were we get to explore the current towns until it is updated enough... just and idea! ;] Reply  Posted on 11/6/2012 12:06 PM
Delete  Reply

KJinx101: maybe some feedback would be kinda cool... about the game thing. sorry, but I'm just sssooooooooo anxious about the awesomeness about to come out... and i cannot get over the trailer. Reply  Posted on 11/7/2012 12:54 PM
Delete  Reply