A lot of new stuff is going to be available at www.HeroMart.com this month. 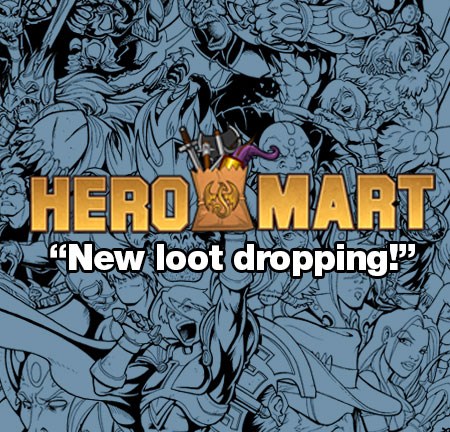 NEW One-Eyed Doll CD coming in about a week!

The band made our gaming community a special CD!! Featuring music from past AQWorlds events, the Pony vs Pony song (and the darkn carnival version of the song) and music from the upcoming AQWorlds Mogloween event! 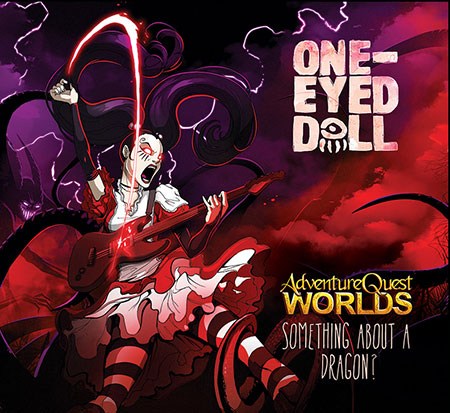 As I was writing this I went to check on the progress of the 2013 Calendar which will feature characters from all of the games. Artists Dage and Diozz were in a heavy debate over the skin color of AQWorld's Gravelyn and MechQuest's Braddock Steele. Imagine walking into the quote, "NO WAY MAN... THAT IS BRADOCK STEELE." (He is a little more orange than most humans due to all the fake-tanning you get from firing laser cannons non stop.) Gravelyn on the other hand, is very fair skinned from... basically living her entire life in a giant flying undead dragon crypt. 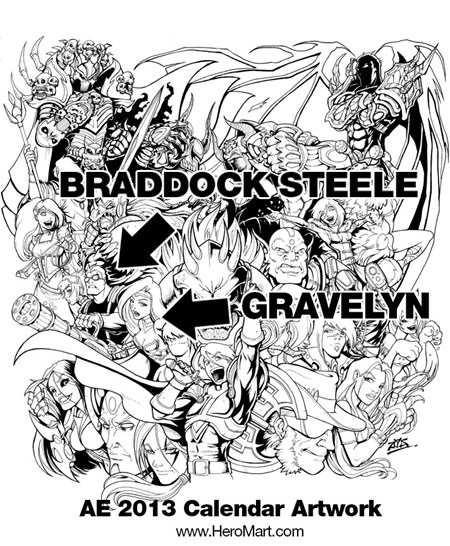 The feedback on our new Zorbak T-shirt has been insanely positive. Oddly both from boys and girls think it is cool... and the girls REALLY like the tank top. (and look mighty nice in it.)

Coming to HeroMart this month

HeroMart is the official online store of Artix Entertainment's games. Everything we make is designed by the AE team. We are always surprised when people give us a funny look when we tell them we actually create and design the cards, packaging, figures, etc. Take the packaging for the Artix action figure for example... Mido and I spent hours figuring out how to fit the character, weapon & cards in the box, and then designing the art on the packaging. Few people will ever know how much thought went into placing that portal on the front of the box... it let us keep the carboard the same shape on both the Artix and Sepulchure box. We pack and shiop all orders straight from a big room we call "the HeroMart chamber" right here at the lab.