When we first announced that we were going to create a fantasy massively multiplayer online game with real time combat that played in your browser, we were called crazy. Way back then, no one had built a game like this in Flash. When we announced that we were going to do weekly releases in this , they just downright said we were COMPLETELY CRAZY. (We always do crazy thing though, that is why you play our games, right?) 4 years later, we are still evolving AQWorlds each week... and this week, we are doing a special release that is so big that it will take 6 games to play it! Thank you for making all of this possible. Whether you have been with us forever, or are just now joining us... this is all happening because of you. 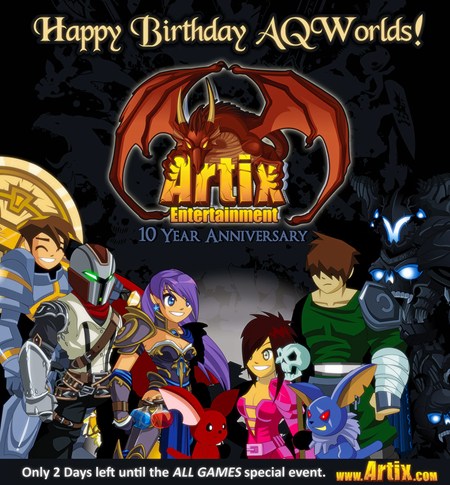 Leave a comment or post on Facebook/Twitter to wish AQWorlds a happy birthday. Bonus points for recalling your favorite AQWorlds release.