In an Epic PvP Interview, only one will survive!

EpicDuel has been rising in popularity for the past 2 years straight. So for those of you who do not know the bloodthirsty, warmongering team of EpicDuel.... avert your eyes and run in fear. Or if you are brave, read on! 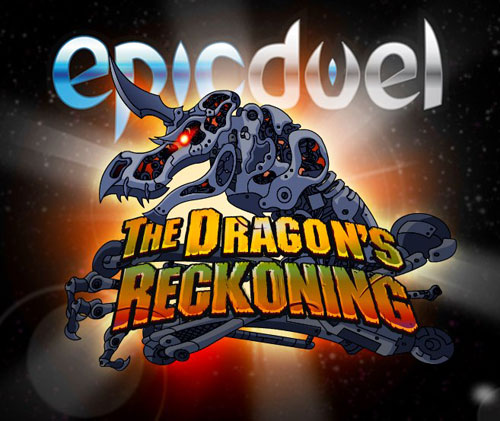 Titan: I am a 10 foot tall programming god that eats lightning bolts!

Artix: Are lightning bolts an excellent source of calcium with milk?

Artix: How tall are you really? Erm. Just wait here a moment.
*Artix gets a tape measure and uses it on Titan* It reads 6'6".
Titan: The 10 foot tall programming god part is part of the lore.

Titan: No for real, I'm actually the creator and  lead programmer for EpicDuel.  I ensure on a weekly basis that new exciting content and features are constantly available in game. 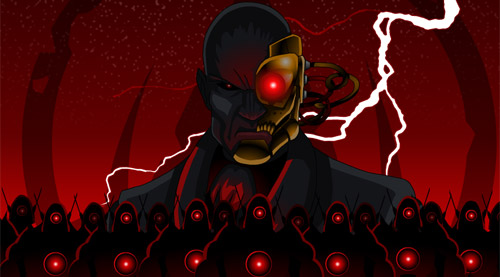 Artix: What is EpicDuel? ... and why is it taking up more and more of our game networks bandwith each month?

Titan: EpicDuel is a PvP game that takes place on the planet Delta V, (read Delta Five)!   It's an exciting world where players come together from around the world to battle in ever evolving strategic combat online! It's exciting because each week the battle dynamics change. Player's love it because of the ongoing struggle for control of the planet, and the ability to constantly improve and change their characters. With the release of new skills, robots, staffs, giant clubs, and super bikes, each duel is different from the last.

Artix: Can you fight ANYONE in EpicDuel?

Titan: When you become powerful enough, you can even challenge me!  But of course you'll lose.

Artix: The EpicDuel community has been growing, how about your team?

Titan: Just like our player base, the EpicDuel team has grown. We started with a team of two, and have now grown to 5 plus the constant help and great assistance from community volunteers, without them it would be impossible to keep up.

Artix: Can you tell us about the EpicDuel team?  Who is on the team, where do you work, do you have any juicy gossip, secrets? ...do you hide snacks in your drawers? What kind of snacks are they? Are there enough to share? If not can you get more? What is your team eating for lunch today?

Titan: Currently, myself and RabbleFroth (our amazing new coder) design and develop the infrastructure for the Delta V world.  We constantly evolve the engine to improve performance, and add fun new gameplay elements.  Our art team, consisting of lead artist Nightwraith, and his super art sidekick Charfade, create graphical magic on a weekly basis, churning out more content than 2 people should humanly be able to. And finally, Cinderella, a great liason to the community who has been with us from the very beginning.  She helps keep the community informed about upcoming exciting features, and more recently she's added to her responsibilities by writing the story that drives EpicDuel forward.

Titan: ... and rest assured there is plenty of gossip and secrets, but ... they wouldn't be secrets if I shared.

Well, ok, so let's not lie about it, we have some superpowerful admin codes to deal ultra damage, block everytime, and own like it's our job.

Artix: Is there anything else that a new players MUST KNOW about EpicDuel? As the game's creator, can you give us the #1 tip to get into the game and start rising on your leader board?

Titan: Want to climb to the top fast?  When you first login, fight some quick battles and join a faction.  Factions are teams of players fighting together for the same cause.  Whether you want to join The Lawman alongside the Exile Resistance, or Alydriah and her Legion army, it's up to you and your allies how the world will Evolve. You'll learn from the best and climb to the top faster than you can say Double Bacon Cheese.

You can play EpicDuel using Artix Entertainment's
"ONE LOGIN TO RULE THEM ALL" now. Go to...

ben14715: Its good to hear that EpicDuel is running steady with the power of one thousand Double Bacon Cheeseburger. I like support each of the game but I love the system of PvP you have created for EpicDuel and I hope that you will keep that good willed legacy up!!

P.S. could you add to the boost shop a special limited time (maybe a week) item, the Double Bacon Cheese Burger. Which in turn will raise both battle tokens won but also defense and resistance for the rest of that day of use. Also could you put it in both varium and credit form.

MrPyro: Best Post Ever and it is true what Titan says up above you can climb the level ladder very fast I joined ED in the very end of the gamma test period with only 2 days left in it that was last summer and i am now LV 35
And yes despite what a 10ft God says he is beatable but you need the luck of a God and a whole lot of practice but you can do it : ) Reply  Posted on 8/23/2012 2:59 PM
Delete  Reply

Ultimumlord: since titan is the last one to say something for the interview, did artix die?
dead or alive. in an epic pvp interview, only one will survive! Who is it? Reply  Posted on 8/23/2012 3:44 PM
Delete  Reply

Nothing quite like the feel of killing another player's character and ruining their hopes and dreams for victory. ;)
And NPCs. Yes, of course.

Kyontik SoulHoarder: Titan, fight me in AQW, I dare you. Lol. But you could never take me without using Pyromancer. Anyway, I think we should have wager matches where players bet gold and acs on mods that face each other, and then the mods duel each other and see who wins. Reply  Posted on 8/24/2012 3:45 PM
Delete  Reply

Z Man: It would be awesome if to join titans cheesburger bike, wait for it... there would be a whole line of CHEESEBURGER THEMED WEAPONS! Pretty awesome, right?
Go Exile! Reply  Posted on 8/24/2012 9:25 PM
Delete  Reply