What's Up With The New T-Shirts?

I've Got Some Answers For Ya.

I'm sure that you've seen the two new t-shirts that have appeared on HeroMart.com, the Legion and Paladin armor style wrap-around print t-shirts. If not, check them out cause they are kind of amazing. 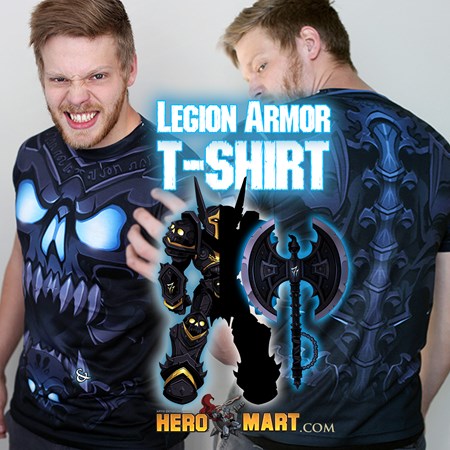 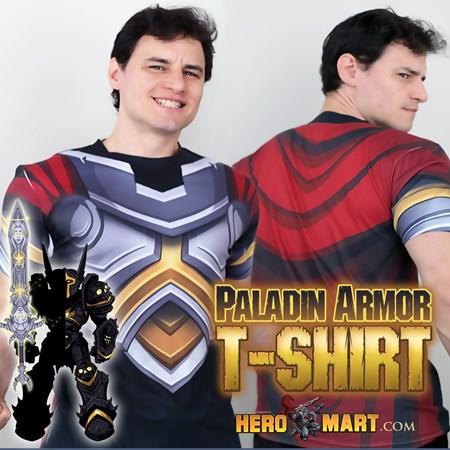 I have been seeing these questions a lot, so I thought I would answer them for you.

Why Are They So Expensive?

The only way to get the full wrap around print on the shirt is through a process called sublimation printing.

We looked around for companies that could do it cheaply and found out that, due to the involved process, it CAN'T be done cheaply. I've seen some Marvel shirts out there that use the same process that are being sold for as low ar $26 USD. That has to do with the way that the companies handle the orders.

Most companies will lower the price per shirt with the more that you order so a huge company like Marvel (now with Disney money backing it) is able to order these things by the HUNDRED THOUSAND and not think twice about it. They know that they can move all the shirts.

We don't have Marvel money and HeroMart doesn't sell nearly as many shirts as Marvel does, so we have decided to take pre-orders for the shirts then simply order as many as you order (with a few extras to replace any printing screw ups, because there are always a few).

So if you guys pre-order 100 shirts, HeroMart will order 100 in the sizes that you requested plus a handful of others as back-ups. Maybe ONE extra in each size. Ordering at these low numbers mean that we get NO bulk discount to pass on to you.

Just keep in mind that when Artix ordered the prototype t-shirts to see how they looked, each prototype cost $55 USD plus shipping so we really are doing everything in our limited power to get you these shirts as cheaply as possible.

So If I Want A Shirt, Then I Need To Pre-Order It NOW?

Exactly. If you want one of these shirts, you NEED to pre-order it before the HeroMart stops taking orders on November 25th. At this point, there have been so few orders that It looks like we won't ever be ordering a second round. Pre-order or no shirt for you.

Remember that each shirt comes with a cool weapon on its own but you have to have BOTH SHIRTS to get the Legion Paladin class. 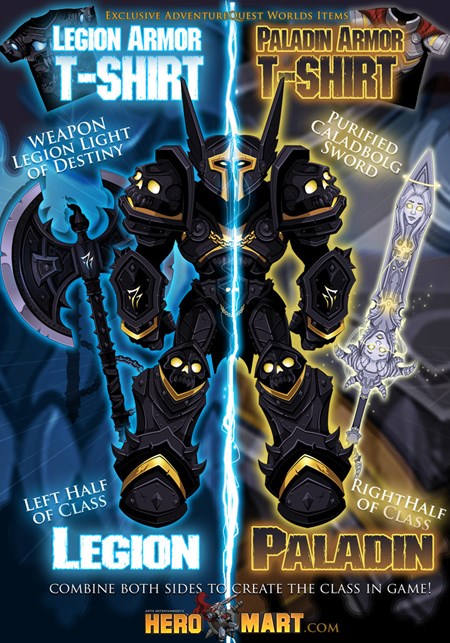 Nope. Don't get me wrong, I'm told is a very fun class (I haven't tried it out myself yet) but I would call you insane for spending that much on a single class. That's kind of the point. You're NOT spending $80 on a class. You're spending it on two really, REALLY cool shirts (IMO, the coolest shirts that we've ever made) and you're getting the class as a BONUS item to sweeten the deal.

I've tried to explain this before but it has never seemed to sink in. You're not buying classes (or maybe you are if you REALLY love AQW and you're a semi-wealthy rare collector, but you shouldn't be). You're buying AE merchandise that comes with in-game bonus items because you guys seem to like it when we add them on for you.

Anything Else I Need To Know?

Yeah, another fun tidbit about the siblumation process is that it's done by hand so each shirt comes out a little different. These little imperfections are actually kind of cool. It means that there are many shirts like it but that one is YOURS! We're not talking like huge holes or anything, just small diffrences that make it personal, which I like.

According to HeroMart.com they will keep taking orders until November 25th and your shirts should start being shipped out of HeroMart around December 15th, just in time for the holidays.

Tayler: This all makes sense but why can't you allow people to make a deposit of $10 and then you make the order of how many donations are made, if people don't follow out their decision to buy the product they don't get their deposit back, the deposit would show loyalty and would limit your losses as a company, you will also get a realistic view on how many sales you could potentially make. People may also not have the full $80 right now to show you how big of an audience you're targeting with these shirts so really a deposit of any amount that would limit your losses will help you and the customers as a whole Reply  Posted on 10/28/2014 5:19 PM
Delete  Reply

Cysero: Because a $40 pre-order gives us an even more realistic view on how many sales we will potentially make than a non-refundable $10 deposit without the risk of loss of $30 because someone couldn't raise the funds after all. In addition there is also the question of credit card charge backs which cannot be contested by us in the case of a deposit without a physical deliverable but can be contested and won by us if a pre-ordered shirt is delivered. Posted on 10/28/2014 5:19 PM

Tayler: The $10 was an example, of course AE wants to cut the risks down to a minimum, but anything from a deposit to a legal document only a parent can sign I'm pretty sure the risks are low, the truth is as AQW is ESRB+10 which means you may need to add more ways to target a higher audience when coming to prices this high lowering the risk to a loss for AE, there will always be risks but unless you reach out there you can hit your maximum potential, besides if you hit a larger audience sucessfully the product should be cheaper on a whole besides P&P, however I respect the fact that this is a grey area for AE as this is the most expensive product yet but you're still doing really well on other packages (I'm assuming as I've bought two within a month) but whatever you do you're right anyway. Posted on 10/28/2014 5:19 PM

Necrosis: Could you also give us a size reference of some sort since we will only be able to bye it once and I personally wouldn't want to order the wrong size? Reply  Posted on 10/28/2014 5:30 PM
Delete  Reply

Necrosis: Also Will there possibly be any other BONUSES that come with the shirt('s)? And by this I mean in other AE games such as DragonFable or OverSoul. Reply  Posted on 10/28/2014 5:34 PM
Delete  Reply

Ark_Zong: They probably wouldve said something already if they had any other bonuses. Posted on 10/28/2014 5:34 PM

yungmario: You cant give us any more time to preorder these shirts? My birthday is literally right around the corner from the date you stop taking pre-orders. Could you possibly extend this until Christmas? or Some time after December 5th Reply  Posted on 10/28/2014 6:57 PM
Delete  Reply

Tayler: This is a expensive product to produce so they don't want to order too many and have people not buy them, it's the point of pre-ordering as you buy the safest amount that people have already paid for, however I do think they should have other methods such as a significant deposit or so. Posted on 10/28/2014 6:57 PM

Legendary: I'm not bothered that the shirt's cost. But making us buy both just to be able to use class is what bothers me. I feel it would be better to make the class available for purchasing one of the two shirt rather than both. I live internationally so the price almost doubles with import taxes, so it would not be logical to spend over $120 just for a class. Reply  Posted on 10/31/2014 8:23 AM
Delete  Reply

Colossus: Looks amazing but $40 is not the kind of dough I can fork out. It really is quite brilliant but I would also like to raise that this doesn't seem like such a great business decision for AE. It's not exactly the kind of thing you can expect players to buy without hesitation. Reply  Posted on 11/4/2014 11:43 AM
Delete  Reply

Glerax: Is there a breakdown of the class skills anywhere? It may change my decision of not buying the shirts. Reply  Posted on 11/6/2014 6:27 PM
Delete  Reply