International Talk Like a Pirate Day is coming Friday!

This weekend, our games will be getting into the spirit with Pirate themed events and armor sets! Which is AWESOME timing considering my new found obsession with the Captian Harlock movie and anime-series. So obsessed... that I formally requested that Dage draw me a "Captain Harlock-adin" armor & cape set. (Note: I share!) The official Talk Like a Pirate day is on the 19th, but So here is a sneak peak of what is coming this Friday!

"WAVES OF WRATH" in EpicDuel 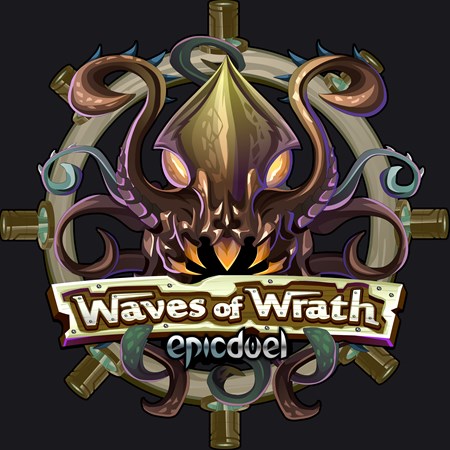 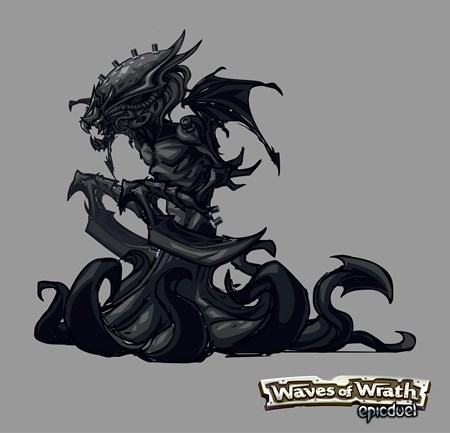 "DEEP TERROR - DEATH FROM BELOW" in AdventureQuest Worlds

The AQWorlds team is having a full release for this year's Talk like a Pirate Weekend! The team is also planning on releasing some secret treasure maps this week. In addition to the highly anticipated Naval Commander Class, the Naval Commander Design contest is abotu to begin! Players will have a chance to design armors and submit them... the winner will get 1K AdventureCoins, a special Trobble Pet (0AC), and their design will become available for all players in next year's Talk Like a pirate Day! Read more at www.AQ.com 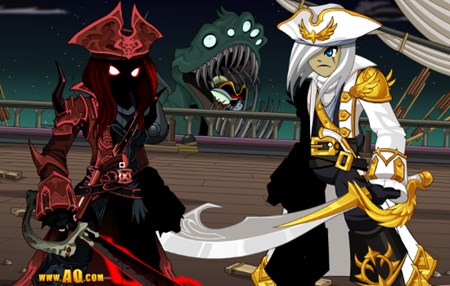 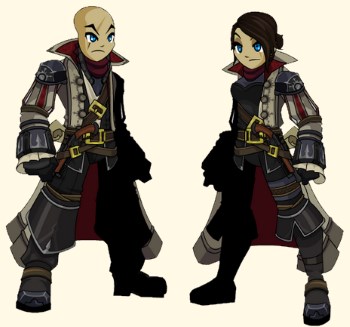 Our other games will be getting in on the piratey fun too! Fun fact: our first Talk Like a Pirate Day took place in the original AdventureQuest in 2004. Captain Rhubarb appeared on a ship to teach land lovers how to talk like a pirate and quiz them on their knowledge of pirate lore. Secret buttons were added all over his interface-- from his eye patch to the barrels of moblin berry juice and everything in between. I love easter eggs. The event has been updated with new things every year since! I always felt that the way our community embraces odd, random and silly things like this is part of what makes our games so different. 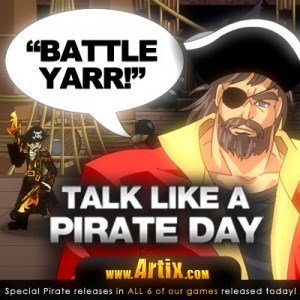