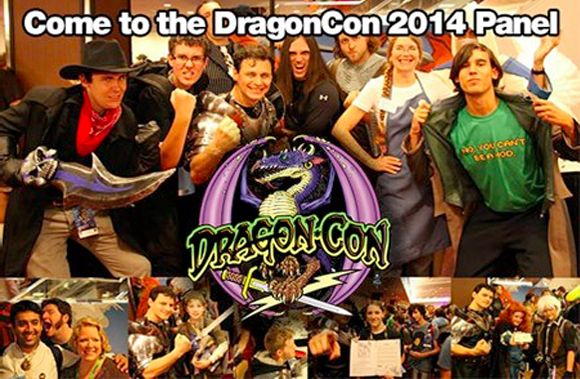 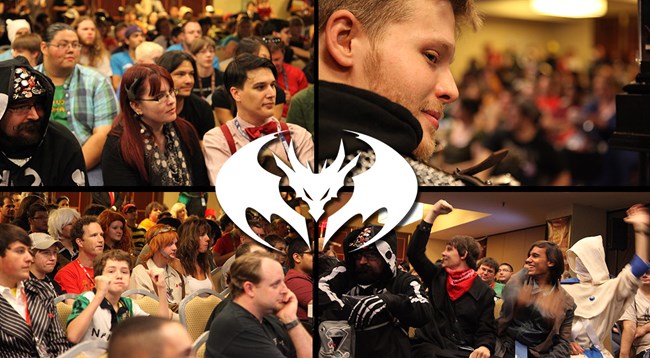 It is that time of the year again. It's time for DragonCon, the largest multi-media, pop culture, science fiction & fantasy convention on the East Coast. This will be our 9th year at DragonCon! Well, it will be for some of us... due to circumstances out of our control several members of the team, including myself, will not be able to attend. We have really good reasons... promise! What do you mean, "How could anything be more important than DragonCon!?" This is not some sort of "My dog ate my homework excuse". This one is legit! Huh? You REALLY need to know why I am unable to go... right now? This very second? For the record, this is not the right place for this. I was planning on making a seperate post. But, alright... well, it has officially been about 9 Months since Trinni and I were married.

*dramatic pause* 9 months... *coughs* We are, um, expecting an epic loot drop. It will be level one, and it is up the server roll to determine if it is a boy or a girl. But one thing is for certain... if the little fella is born during DragonCon, he/she is being named Dragon. O_O. Now THAT is a good excuse :-) So, Cysero, the funniest AE staff member will be running the panel to talk to you about new and existing video game projects! 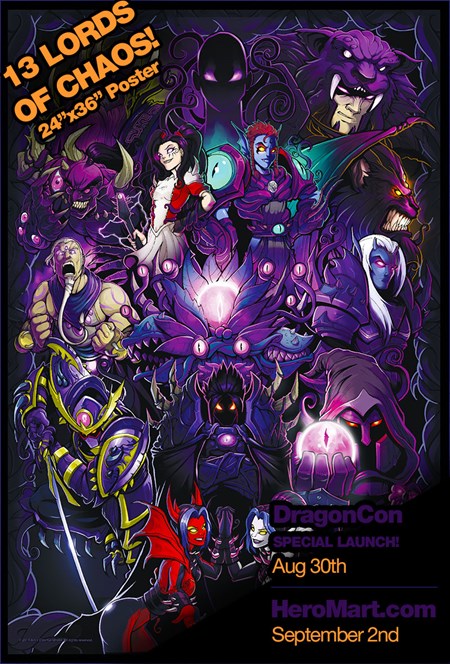 We are commemorating the epic finale of the "current" AdventureQuest Worlds storyline with this freaking incredible 13 Lords of Chaos Poster. Drawn and painted by the collaboration of Diozz and Dage the Evil. It features all 13 Lords of Chaos AND they will be available for sale during our panel in the back of the room for $12. The entire team will sign these posters here at the lab before they are taken to DragonCon. This is means that anyone attending our panel at DragonCon will be able to buy these posters before ANYONE ELSE IN THE WORLD!

If you (like myself) are not able to attend, then rejoice! The posters will officially go on sale at www.HeroMart.com on Tuesday, September 2nd; the same day the team returns home. All posters include codes for in-game items for AQworlds and some of the other games are adding items too.

If you are unable to afford the posters we are putting together two desktop wallpapers you can download for free. They do not include codes, but they will make your desktop look freaking awesome.

Other merch available at our DragonCon Panel 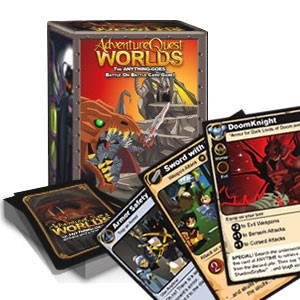 The team will also be bringing a small selection of items from the HeroMart chamber which you can buy during the panel including: The Card Game, Glow in the Dark T-Shirt, Artix figures and whatever other things Stryche manages to fit in his luggage. These items are available now through our official online shop, www.HeroMart.com but it's more fun to get them from us in person.

WE HAVE A REPUTATION TO UPHOLD! 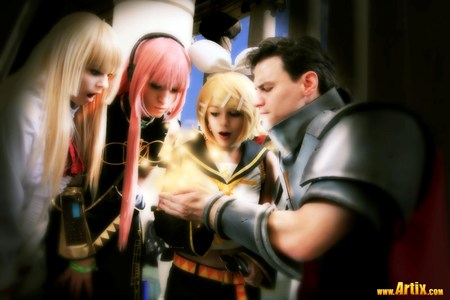 I expect this to be our best panel ever. For the past several years, our panels have been the loudest, craziest, and most laugher filled (and sometimes dangerous-- thank you Brutalcorn) panels on the DragonCon gaming track. Perhaps it is because the other game studios do not show campy home movies or flood the room with ninjas... or sword wielding half-unicorns to fight random members of the audience. From Voltaire showing up and playing songs to George Lowe narrating live-action Twilly punting.... well, we have 3rd party testimony that our panels are "The Funnest!" And Cysero accidentally hit that particular kid in the head with a curve ball candy bar. Did I mention that we throw candy? Lots of candy. Candy Shotgun. So... I am not going to be there this time, and I am counting on those of you who are to do whatever it takes to make this the most memorable one yet. If Cysero randomly asks you to start playing musical chairs in the middle of the panel... or to sing along to the Japanese version of Frozen... go for it. And send me a video! So I can be jealous of not being there. Then little Dragon will not be the only one crying :-) 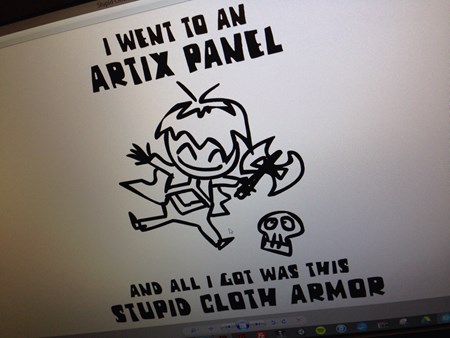