From Tragedy to Victory

How an In-Game NPC Transformed a Gamer Girl IRL

The dark and inspirational story of AdventureQuest World's writer and community manager, Beleen, was poted today. You can read the exclusive on video game review site, GameSkinny. 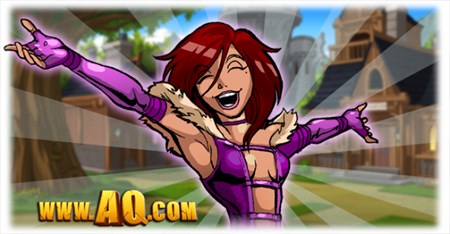 This week will probably be remembered best as the week we dropped all of our guards and explosed our soft underbellies. After writing that I looked up at the picture of Beleen and realized her stomach was exposed... which was completely unintentional, but so funny that I left it in then wrote this line to qualify it. Diozz drew that outfit with a lot of skin.
On the way to the lab this morning, I saw Beleen as she was riding her bike. She had just turned the corner into the plaza where the lab is located. We have been friends and co-workers for a long time now... but there were some things in that article that I did not fully appriciate until I read it. Beleen is a really special person, and it is inspiring how she found her happiness.
The post previously scheduled for today (Idle Games) will be coming tomorrow. See you then!
ok
Sorry Comments are now closed for this post.