HOW I BROKE INTO THE GAMING INDUSTRY

A few people have asked recently so I thought I would just tell everyone else the same story. 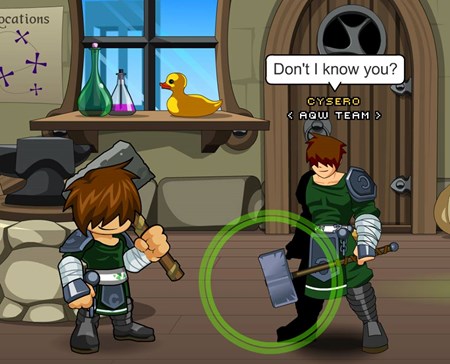 My degree is actually a Bachelor of Fine Arts with a focus in illustration and animation. In 2005 I moved back to home to Tampa Bay where I grew up. I was looking for a job on Craigslist when I saw an ad for a Flash Animator position at a local web game company. I had spent a lot of time learning Flash in university because a lot of studios at the time were making web cartoons based in Flash.

I've been a life-long gamer but I never dared dream of actually trying to get into the industry. It just seemed too far out of reach. I sent in my resume with a link to my online animation reel and some of my illustrations. The next day I was at the mall drawing people and I got a call from two guys who ended up eventually being very good friends of mine, Artix and Galanoth. They wanted me to come in for an interview.

They following day I showed up and Artix asked if I could draw a knight's helmet on the fly as a kind of stress test. I drew it in about 40 seconds and he liked it (that helm eventually became the Pactogonal Knight's helm in DragonFable). I was so excited and nervous that you could see my hand shaking in the drawing. 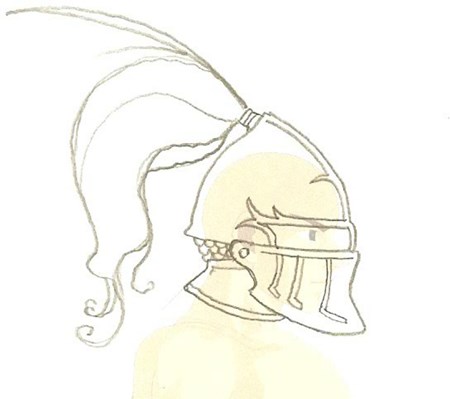 I was hired on the spot.

At the time, the Secret Underground Lab was Artix's kitchen table and there were only 4 people working at that table. Artix, Safiria, Zhoom and Me.

Here are 2 little known facts about the contract that I signed with AE. 1). I am required to finish off any extra sushi when we go out for sushi and there is some still left on the table. 2). It is literally part of my job to take Artix down a few pegs when he gets too full of himself.

Glerax: At current time, how would I get an interview? As you said, this was a long time ago at the beginning of AE, so it was probably a lot easier. Also, my parents want me to be a doctor even though I want to be a game designer. How do I convince them otherwise? Reply  Posted on 6/26/2014 5:40 PM
Delete  Reply