If you somehow managed to miss the explosion of announcements, photos and screenshots... Battle Gems, our first major mobile game, went live on the Apple App Store last week. It is being featured by apple as Best New Game on the app store in position #12. While the coders have been hard at work on getting the first update ready (Which will fix Dracustein Frankula, iPod Touch 4th Gen, and the rare character wipe issues) the Gems headed to the MegaCon 2014 convention to spread the word and cause a some trouble.You can see all of the MegaCon 2014 photos on the Battle Gem's Facebook page. (Please like and share if you can!) 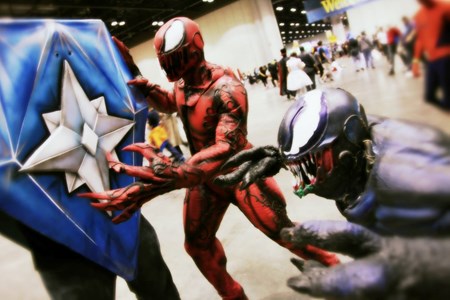 So many awesome players found us! I guess the giant Gems costumes running around were pretty easy to spot. What was really surprising was how many people already knew who the gems were and were excited to take their photo with them. Finding out that we made the game in the Tampa-Bay area surprised a lot of people too-- the cosplayers who go to conventions in Tampa & Orlando, Florida are surprisingly well connected. I would guess there is no more than three degrees of seperation between everyone you see in the photo gallery. The more friends we made... the more we find they already know our other friends! MegaCon has gotten really big... it officially past DragonCon in attendance this year. Next year, I would love to hold an official Artix Entertainment panel there. 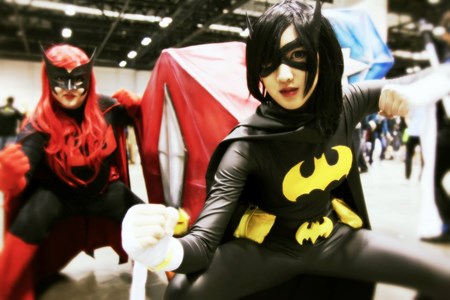 STORY TIME: Late on Saturday night, via Twitter, I asked players who their favorite Super Hero was. Then I spent Sunday running around the convention looking for people dressed as the Super Hero's the players tweeted and got them to send a video response back saying that they were their favorite player. So, a few people said "DEAD POOL!" Which, thankfully there were a lot of Deadpools. I took a video with my phone of Dead Pool saying, "<player's name> is my favorite player!" It was a lot harder to do than I thought-- but for the few people I was able to responses for, it REALLY surprised them and made their day. 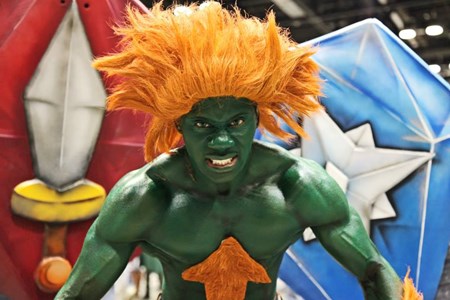 REMINDER! The Battle Gems Art Contest is happening now! Even if Battle Gems is not out for your device yet you can still get in on it... you can draw the Battle Gems or the characters posted on Battle Gem's Facebook page with any character in the universe. Also.. you can draw really depressing pictures of a sad Android device waiting.
ok
Sorry Comments are now closed for this post.