We have created 484 crazy quests (Up from 256). There is a really impressive amount of content in this game. When we launch it, it will definately be our single largest release yet. If we are mathing right... there is a solid 40 to 60 hours of gameplay at launch. We are currently testing and fixing a mountain of bugs. A mountain of bugs known as "BUG MOUNTAIN!"

The official release date is: "When bug mountian has been defeated!" 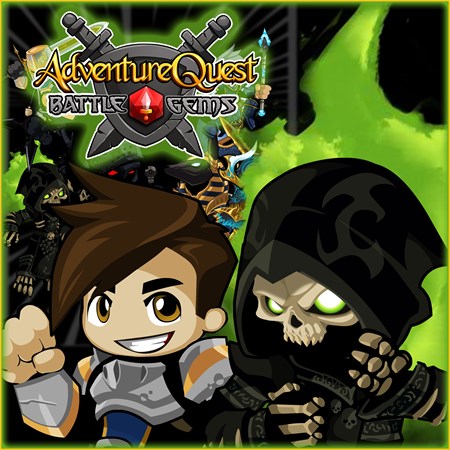 BattleGems is our first "Major" mobile game. It is a highly addictive fantasy puzzle-rpg that is notoriously simple yet surprisingly deep. If you have been following our progress from the start, you know that this project is far more important than just making a mobile game. BattleGems is our first step in Project Omni-- a development process of creating games that will play seemlessly across all devices including phones, tablets, web browsers and toasters. Our dream is that BattleGems will be a success... and then our other hit web games, including AdventureQuest Worlds, will evolve to become Omni Games too. In the future, you will be able to play our games on any device, anywhere, at any time.

All the techie stuff aside... BattleGems is crazy fun! 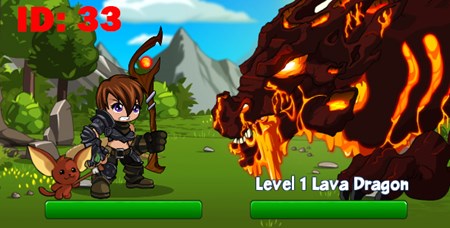 I am not sure what we announced was working... or not working... or to be done on phase 2... etc. So, I will just re-post everything here. Behold... BattleGem Features: 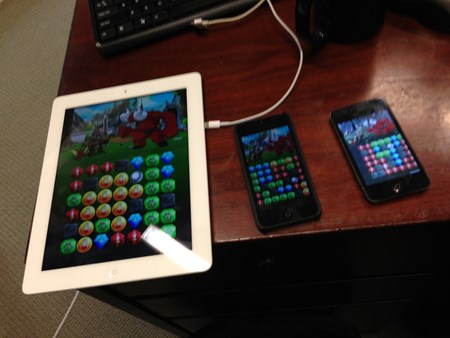 I am so excited that I will finally get to play BattleGems soon! You are probably thinking, "But you are testing it right now!?" -- to which I must reply, this stage of testing is insanely frustrating. I am looking forward to the work finally being done, resetting my character to the start of the game... then, when the game is live, racing you and the other players to Mount Death Dread Doom Skull! 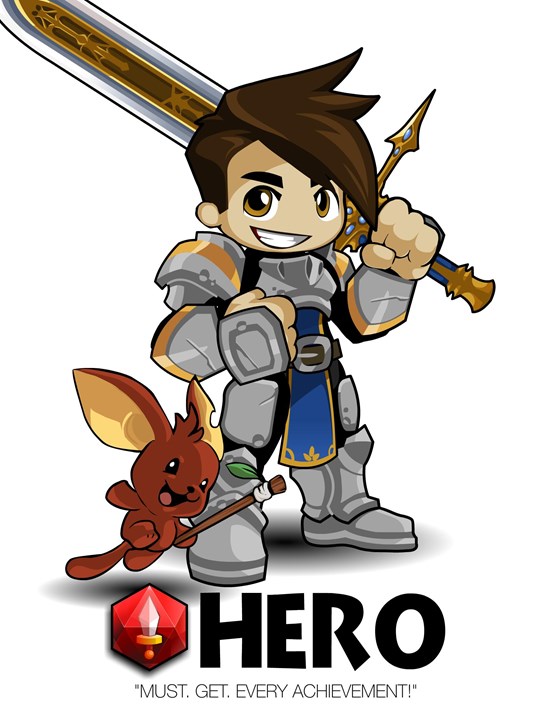 Oh, some other things! 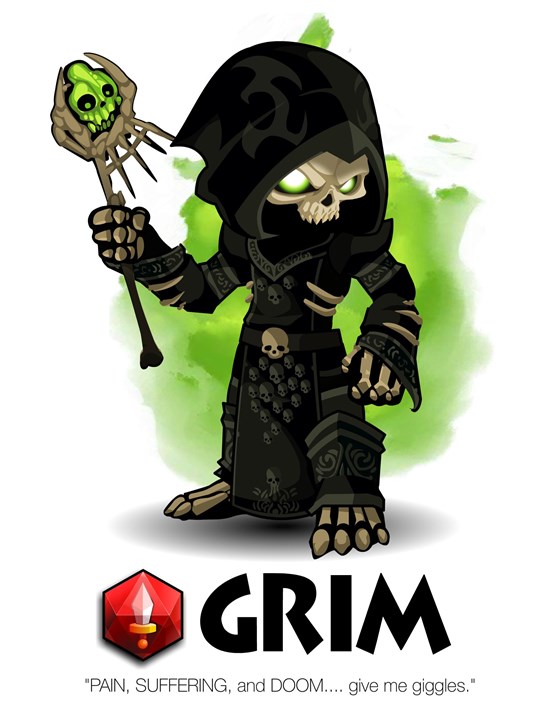 As we get closer I am going to start posting to you more. Be sure to follow the game on Facebook if you not following already!

reallysillydude: I was really looking forward to playing this in January, but I can wait a little longer. (Just don't do what Nintendo did with Flipnote Studio 3D.) Oh, and will this game use the Artix Login, or will it require an account at all? Will any of the items other than the Founder Items be "Legend Only?" Will the Membership be a One-Time Payment like DragonFable, or will it be a Monthly/Yearly thing like AQWorlds? (P.S. It's okay if you don't answer my questions, I can always find out at launch, but I'd prefer to know some things beforehand.) Reply  Posted on 1/29/2014 1:45 PM
Delete  Reply

Lightningninjastorm: It would be one-time, not monthly, as you also finish the game in a limited time period, without weekly updates and such, and they are not greedy like most other game companies... Posted on 1/29/2014 1:45 PM

reallysillydude: Only Problem is... I don't have Facebook, and there's a specific reason that I'm not allowed to make a Facebook account at this time. I certainly hope that it doesn't require facebook. Posted on 1/29/2014 1:45 PM

Blizzard: They have already stated the payment model. There isn't a "membership". The game is free to play for everyone at all times, but you can buy founder at the beginning, which will make it so you never have to buy more energy(You need energy to keep playing, and it refills slowly unless you have founder, in which case it's unlimited). I'm not sure what you mean by "Legend Only", but if you mean like a membership limitation system, it won't exist. The only items you can't obtain and use in the game normally are the founder items. They have also stated that you can connect your account with your AQ account, but they have not stated whether the game will use it's own account system, the master account, or Facebook at this moment. Posted on 1/29/2014 1:45 PM

kid_khaos: dude i clearly says one time fee a bit before the third pic ( the one with the ipad and stuff) but i agree waiting for good stuff is worth it Posted on 1/29/2014 1:45 PM

Martial: Hey Artix! I was just wondering if AQ3D was still on the table. I know you guys ran into some issues with it, and have postponed its development until you finish BattleGems. My question is whether or not you will resume your creation of something that looked like it had the potential to be an amazing game. I love you guys and your work (AQW was my first mmo). I would LOVE to play a game made for a slightly older crowd. Not more mature exactly, just a bit more complex. Reply  Posted on 1/29/2014 6:53 PM
Delete  Reply

FriendlyElf: brilliant idea #1: accessories increase stats but you don't have to equip them. Reply  Posted on 1/29/2014 7:01 PM
Delete  Reply

DerpSonic: So excited right now! It sounds so epic and awesomely fantabulas! By the way, Grim must be SERIOUSLY insane if he's YOUR favourite character! I'm sure he's a lovely chap, though. Reply  Posted on 1/29/2014 10:15 PM
Delete  Reply

Joegreenbeen: Artix, I hope you don't EVER do this (miss calculate the release date again, and again , and again) even though I know it'll be worth the wait, I would rather you told us on the release date than tutore us like this. (I was still like to sincerely thank you for all the fun times you have given me, and the rest of us players.) Reply  Posted on 1/30/2014 5:59 PM
Delete  Reply

AErules: do you realize how SHORT a delay that was even though it still even isn't out? 1. it took one of the halo games 4 years to come out when they said a lot less 2. it took kingdom rush frontiers 1 and a half years to come out when they said in spring 2012 but the time it was out it was 2013. so we are ALL very lucky that they did not delay it for another year or so. 3. at least they told you that it was delayed. so don't be upset becouse as I said before we are all very lucky Posted on 1/30/2014 5:59 PM

Relaxbleu: i ll defenitly create a account because i like it very much i holding up to be founder :)xoxo me Reply  Posted on 1/30/2014 7:18 PM
Delete  Reply

UltraGate: i think the skeleton key in the founder content will erase the fun. i think it's more fun if you can complete the game from the first area! Reply  Posted on 1/30/2014 7:24 PM
Delete  Reply

DerpSonic: Hate to burst your bubble, but Battle Gems is only supposed to be playable on all network devices, not gaming consoles. Posted on 1/31/2014 12:49 PM

reallysillydude: Actually, he specifically said that the OMNI means ALL DEVICES. That means gaming consoles like Wii U and Nintendo 3DS as well. Those versions may not be available immediately, but I'm pretty sure they're still in the plan. Posted on 1/31/2014 12:49 PM

Gjappy: Artix wants it to be perfect, so it's still in testing. It took the testers more time then expected to get to the last area. Posted on 1/31/2014 9:49 PM

boshfighter: It might be release in mid-April,but we never know when so it also might NOT be release in April but I'm certain it is gonna be released in April. Posted on 1/31/2014 9:49 PM

Gjappy: These options will be visible in-game at the options menu when they are released. Also BattleGems will be available as facebook app. Posted on 2/1/2014 11:37 PM

zeonite: I have really serious and the answer will decide wheter i will be able to enjoy this game or not..... Is it just available for iOS and Android... or does it involve other operating systems like Windows mobile? Reply  Posted on 2/2/2014 10:15 AM
Delete  Reply

crazycaboose009@live.com: By EVERY DEVICE, i hope you really mean this...I don't have need for an Iphone or android besides maybe apps, so I have a crappy phone for phone calls, will it be able to play on crappy phones too so long as they are app capable? Reply  Posted on 2/5/2014 11:59 AM
Delete  Reply

trash rose: then battle gems will only work with IOS and Android?
if he has any prediction will be added to windows phone platform 8? would be a shame because the wp is being used a lot, and here in Brazil he is surpassing IOS in sales. Reply  Posted on 2/20/2014 12:54 PM
Delete  Reply

Themortecerta: The Founder version will be available to which system? Reply  Posted on 2/24/2014 11:45 AM
Delete  Reply