What does the Fox Octobear Say?

Octobear does not tolerate missed deadlines. The half-bear, half-octopus abomination looms over our mobile game development team. His giant teeth and squiggly fuzzy tentacles of horror ready to end anyone who does not meet the deadline. If you were to translate his snarly growl it would say, "WHERE ARE MY 256 LEVELS!?". Read more if you dare. 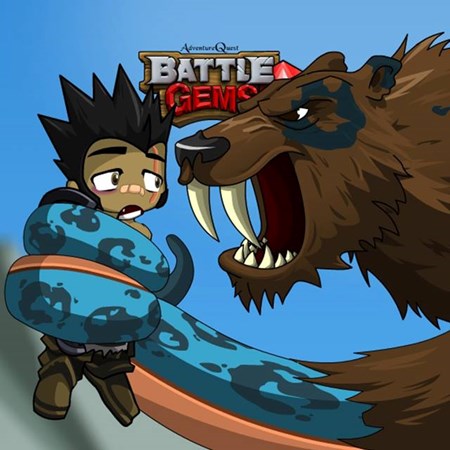 The Battle Gems team is in critical crunch mode. We expected the game to be released within 3-months of the start with plenty of time polishing it and adding the random silly stuff that makes our games so weird and fun. So naturally, *looks at calendar* we missed our deadline weeks ago. We have been working non-stop to finish the game. Each week we set overambitious goals and go all out. Our team's goal for this week was to design and build all 256 levels of the game's main storyline/map. But that, of course, requires ALL PARTS of the game to be working. Which, with all of the bugs and complications of being an "omni game", we knew it would not be ready. This is the truth behind game development, and pretty much any other type of project. Thank goodness we did not pick a more complicated game like an MMO to be our first omni-game! But the problem remains, we need to design 256 levels and we do not have a working game engine to put them in. So... when the going gets tough, the tough get creative! Turns out there is this stuff called... paper! (I had only read about paper on iPads and Nooks -- never thought it was real!) Play testing on paper is a little hard though... none of the buttons seem to work. 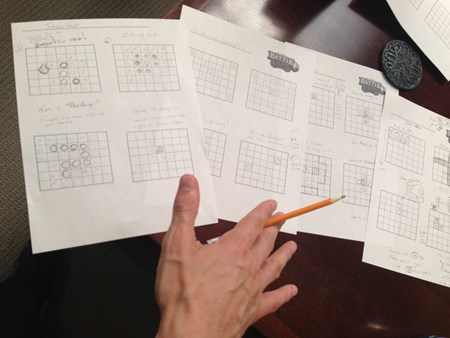 Many players noticed that Battle Gems takes the core game play from our *coughs* previous PvP puzzle game and then adds in a whole bunch of new features. There are four basic types of gems: Attack, Magic, Pet & Potion. Connecting three or more gems will launch an attack of that type. There are Crit Gems which do additional damage for every side of the gem you touch. Some monsters have special abilities that can mess with your character or the playing board. For example, there is an Ice Monster which can freeze your pet and all of the pet pieces on the board. There are interesting play pieces like slime, cages, and chaos which REALLY change the game play. Each level you complete will unlock a reward. Many of the rewards are more powerful attacks, spells, and skills. The game is designed to be "coffee break style" which means it is simple enough to pick up and play at any time. We really wanted to make a game like Othello "A minute to learn, a life time to master." But I think this is more like "5 seconds to learn and really weird and interesting new things happen as you progress!" Weird things... you know. Like the legendary BrutalCorn of legend! (First peak at Oishii's first BattleGems monster -- yup, Oishii is BACK!) 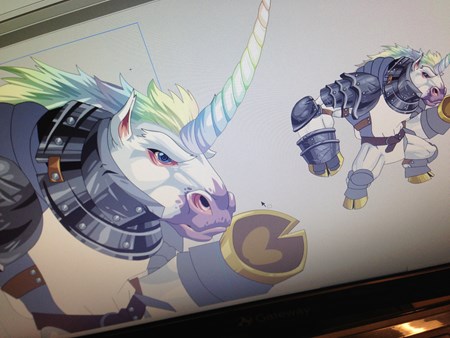 Enjoy the special events tomorrow, and also wish the BattleGems team luck tonight! Then join us next week here on Artix.com for sneak peaks of actual game play!

YamiKakyuu: BrutalCorn is glorious, great job Oiishi! Love seeing the progress of OMNI from the major announcement months ago to what the first (and now second) game will be, to everyone posting pics of zones, monsters, characters, it's such an awesome hands on process you guys share with the players. Reply  Posted on 9/12/2013 2:42 PM
Delete  Reply

YamiKakyuu: Also to keep with the silliness there should be a Server Hamster and Rotating Owl monster or pet. Reply  Posted on 9/12/2013 2:42 PM
Delete  Reply

reallysillydude: GO BATTLEGEMS TEAM! You can take all the time that you like, just release it at "As Soon As It's Ready O'Clock," and I'll be satisfied. Oh, and please make sure it runs on EVERYTHING. Computer, Ipad, 3DS, Hole Puncher, File Cabinet, even PAPER. I just got the iPaper 5, and there aren't any good apps for it yet. Reply  Posted on 9/12/2013 6:53 PM
Delete  Reply

Joegreenbeen: I object to the finish it any time you like, I would like it sooner than later.JK. I am so excited to play it though Posted on 9/12/2013 6:53 PM

Lyraxiana: The BrutalCorn looks absolutely fantastic! Can't wait to fight it! I shall defeat you, mighty BrutalCorn! Reply  Posted on 9/12/2013 6:54 PM
Delete  Reply

Joegreenbeen: Is this game going have a PvP function like your last *cough/neigh* gem game? Reply  Posted on 9/12/2013 7:40 PM
Delete  Reply

Tiamaat: The more I hear about battle gems the more I want to play! I'm sure you'll be able to crush those nasty bugs, but in the meantime, don't get too many paper cuts. Battle Gems On!! Reply  Posted on 9/13/2013 7:19 AM
Delete  Reply

Gravmon: You guys make omni games the same way I do my school projects. Finish it after the deadline. The only difference is that your project will still be able to get an A+. Reply  Posted on 9/13/2013 8:11 AM
Delete  Reply

DerpSonic: Ha...PAWS button. Also, Brutalcorn looks LENGENDARY!! Really looking forward to this! Be sure not to dissapoint that Octerbear! He looks hungry... Good luck! Reply  Posted on 9/17/2013 1:18 PM
Delete  Reply

Colossus: No pressure, guys. You haven't even confirmed a release date or anything. Take your time and make a great game for all of us! :D For me, I like to set realistic goals and these goals are only a bit ambitious. But, I like how I always plan very ambitiously so I exceed my goals most of the time. That's a cool mentality to have. It's hard to fail but you still can get a great sense of satisfaction! :D Reply  Posted on 9/18/2013 12:14 PM
Delete  Reply

jakemaster1390: Will this game be a fully down loadable app. Also hoping it is finished before November. looking for a good game that requires no internet connection so I can play it on the beach in sunny cuba. Reply  Posted on 9/20/2013 4:29 PM
Delete  Reply