Don thy battle helmet! Equip your Armor! Brandish your broadsword…and mouse cursor too! Brand new releases have just launched in your favorite online adventure games. Enjoy a weekend full of fantastic fun (well, for you, not so much for the monsters you’re defeating!) in Artix Entertainment games. 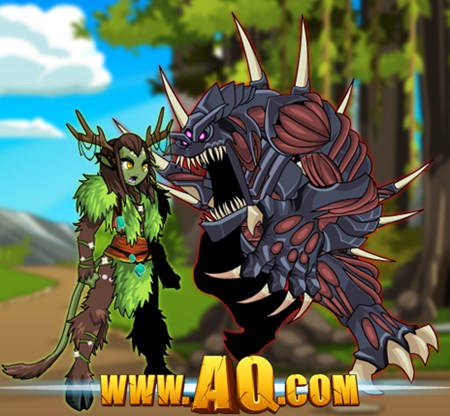 AdventureQuest Worlds
Become one of Lore’s Legendary Heroes! The all-new Legendary Hero Class has taken flight into the fight, adorned in the Legendary Hero Armor, Helm, Wings, and Sword! Learn the legend of the Druids in your next steps at becoming a Lorekeeper. Ascend into divine power with Aranx’s Featured Artist Shop items, and enjoy Class Point, Rep, Gold, and/or XP Boosts on the servers Sir Ver and Evil Sir Ver! 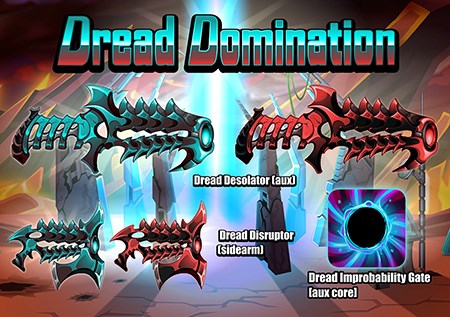 EpicDuel
After weeks of fighting in the Dread Plains, plans for a powerful new weapon have been captured by both sides of the War.  Now, Legion and Exile forces are prepared to unleash their power upon Delta V in the form of the Dread Domination Varium Package! We've equipped the Dread Desolators with technology of unknown origin in the form of the Improbability Gate Core, able to open holes in the fabric of the universe. These tears in reality have been weaponized to allow you to summon creatures and objects from other worlds to come to their aid and help vanquish their foes! Be warned, however, this technology is quite unstable: you never know what will come through!

DragonFable
Help Wanted; Inquire Within! Cysero is looking for some help in his SuperStore. If you help out the Mad Weaponsmith, he might award you with some new items. But knowing Cysero, his idea of ‘help’ is significantly different than yours!

kabimarta1: I'm rather curious about whether we'd get to fight a Void Dragon after what I've seen in this week's AQW release. Will there be a continuation of this week's Druids vs. Void release, if there ever is one? Reply  Posted on 7/22/2013 11:44 AM
Delete  Reply

quadrakiller: why dont have nothing new in Herosmash,Oversoul and Mechquest? Reply  Posted on 7/22/2013 2:37 PM
Delete  Reply

Blurok: Actually, three members of the poor DragonFable team are sick and injured, so we didn't get a release this weekend. ); Reply  Posted on 7/23/2013 11:43 AM
Delete  Reply