The Best Online Adventure Games have Brand New Releases for You to Play!

Summer rules! And so does the all-new game releases for your favorite Artix Entertainment games. Descend into Dage’s Underworld in AQWorlds, get your feet wet with OverSoul’s new Water Card Series, join your Dread War recruits in EpicDuel, and continue your fantasy adventures in DragonFable, MechQuest, HeroSmash, and AdventureQuest! 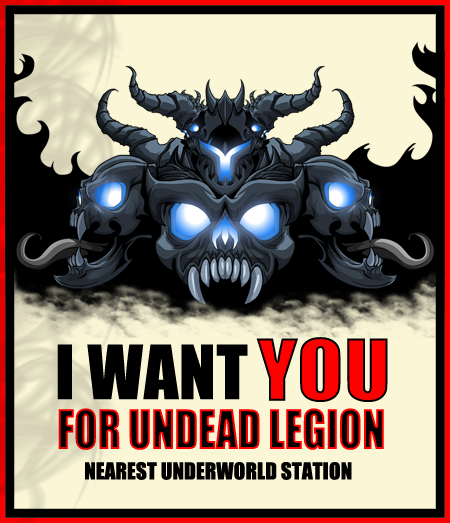 AdventureQuest Worlds
Become a Legion Champion and descend into Dage’s Underworld! The entrance to the Underworld harbors monstrous personifications of Guilty Joys: Anxiety, Old Age, Fear, Hunger, Death, Disease, Sleep, Agony, and Grief. With the guidance of Aeneas the Warrior and Sibyl the Prophetess, find the Golden Bough, defeat each Guilty Joy, and make your way past the Elm of False Hopes to reach the river Acheron where Charon the Ferryman awaits! Dark and deadly not your thing? Add some pink, love, and DERP to your arsenal with Beleen’s Featured Artist shop! 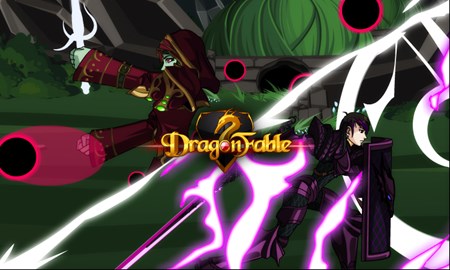 DragonFable
There will be several new war mini-games/quests. The final DF Birthday presents will be given out as well, so new Dragon Rider, access to older versions of DragonLord, etc. Don’t forget that this is the LAST weekend for the Ultimate Dragon Scythe too! 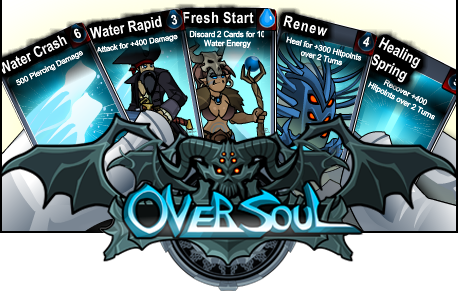 OverSoul
Get your feet wet with the Card Custom Water Series Deck! Water Crash delivers 500 Piercing Damage, and Water Spring recovers 500 Hitpoints over 2 Turns. Can you also find the hidden grotto and unleash the power of the Quaztk Lord and Water Wing? Both new character ranks ups hold the new water cards! 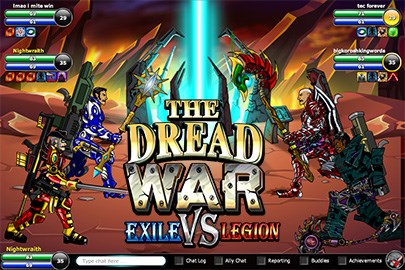 EpicDuel
The Dread War is poised to explode as we introduce 6 new War Objectives and evolving regional achievements! Ever wanted to capture the Minetower or own the Legion Arena? Now you can! We are also implementing a number of clarifying and balancing elements to increase the overall fun factor of the War! Also, since Summer is well underway, we're Spring cleaning by removing many of the seasonal-rare Botanical and Bunny items. 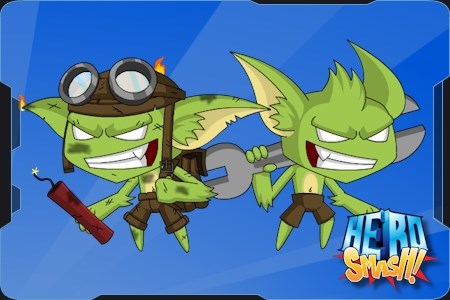 HeroSmash
A bitter cold debate: Frostbite vs FrostBite! This week we had to deal with a mystery with one of the in game armors: Frostbite. The original found in Titans Threads was not working due to an overlap in file naming. We were able to bring back the armor but also correct the belt layer issue. Wonderp Bread has been working hard on monsters for Market Street which will drop Popcorn Tokens to be used to buy Movie Plex rares. Soon as testing is done we shall roll it out so all can enjoy. 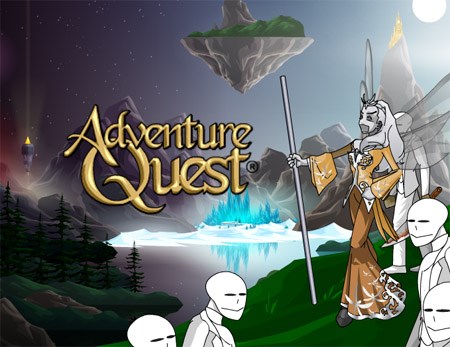 AdventureQuest Classic
It is pandemonium in Paxia as Xov and her drab forces move upon the clan's island! Check out the excellent new Moonray and Sunray mobs running around Lore, and we’ve also boosted base player HP! The END stat is still a multiplier to this base, so you're getting even more out of spending points in your END stat. Now you can go on the all-new Rare Item hunt without getting fatigued (hidden somewhere in one of the backgrounds in AQ).
Coming soon: the Horn of Tera Suul in July’s Z-Token Package and the Golden Giftboxes! 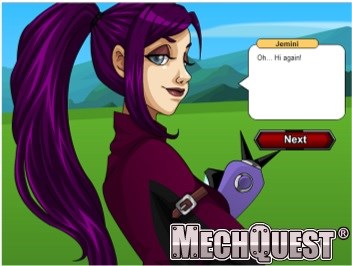 MechQuest
The Countdown Clock ticks down to 00:00:00! Are you ready for The March of the Shadowscythe? Pick up the newest Valoth's Epic series head and shoulder weapons: the Destruction models work together for combo specials against the Shadowscythe - this version available for a limited time ONLY. Then see Queenadent Odessa at the War Camp for NEW missions! You never know who you'll bump into out there...

Drakon Maximus: What ever happened to warpforce, and when is chaos war returning to aqworlds? Reply  Posted on 6/29/2013 9:51 AM
Delete  Reply

Gobna: This weeks new releases are EPIC!!! I especially like MechQuest's new missions :D. Too bad that Legion is winning at the Dread War!!! Great Job guys! We really appreciate your hard work for every new release. Looking forward to next Friday! :D Reply  Posted on 6/29/2013 1:17 PM
Delete  Reply

Fife M: I'm curious. Does the AQW team have all the chaos lords planned out? Or is it one of those as the ideas fall from the showerhead things? Reply  Posted on 6/29/2013 4:23 PM
Delete  Reply

asasqw: The AQW team had told us they come in with a plan but any piece could swapped out by ideas from them or suggestions from the players. One of the best parts about ArtixEntertainment is that they listen. Posted on 6/29/2013 4:23 PM