It’s Friday, and EVERYONE knows what that means: all new releases in Artix Entertainment’s games! Don’t let your summer be a bummer—come play games online with us, help us defeat the toughest monsters, and score the most epic loot ever! 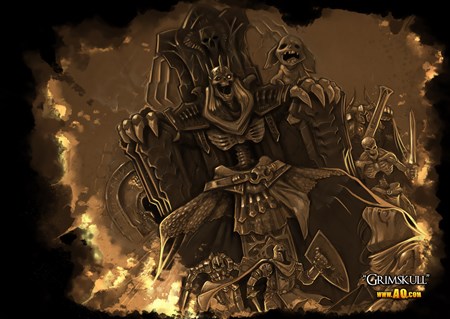 AdventureQuest Worlds
The moment you have all been DYING for is finally here! Known for his seemingly-impossible-to-survive tricks, traps, and cheats, Grimskull challenges YOU to traverse his torture chambers, outwit his wiles, and claim the legendary prize at the end…if you can survive! Suit up in the Hero of Steel Armor Set, get your kicks with Player Suggestion Items, uncover the whereabouts of the completely color custom Solar Protector set, and then dive headfirst (or dead-first?) into Grimskull’s dangerous trap-filled dungeons! 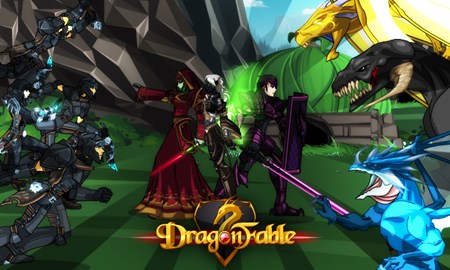 Summer has started, along with a two-sided war in Sulen'Eska and the Freedom Camp.  Also, be sure to log in this weekend for your thrid DragonFable birthday gift! 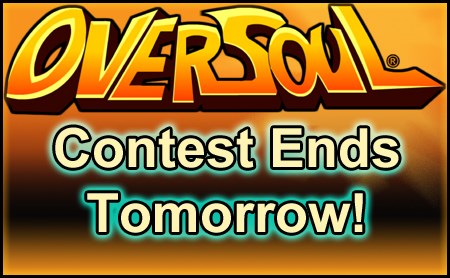 Voting for the second OverSoul contest ends Saturday, June 22, 2013.  Be sure to vote for your favorite entries! Next week, prepare for the Watercard Deck Series and water element characters. Also, look forward to the production of the contest winners for Art and Backstory! 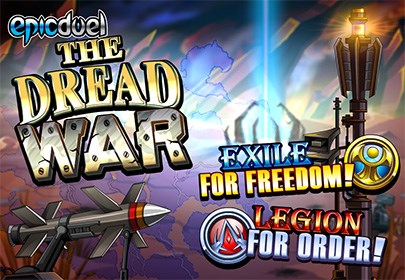 EpicDuel
Legion and Exile forces, man your battle stations: The Dread War has begun! Battle for control of over 21 War Objectives throughout Delta V!  This is too big for any one solder -- you'll need to rally your friends behind a common cause to dominate the world and shape it's future! 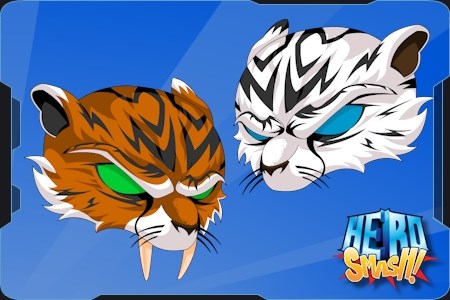 HeroSmash
Begin your prowl with this week’s Forest Tiger, Snow Tiger, and Sabertoothed Tiger Head Morphs! Who says a tiger can’t change his stripes? With the Color Custom versions, you absolutely can. Head to the Head Shop on Market Street and get your head in the game! 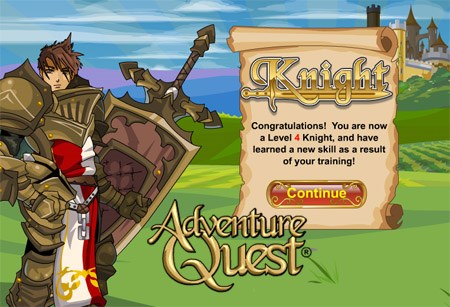 AdventureQuest Classic
This is the release you have all been looking forward to… the single largest Class project in the history of AQ… the Knight Class begins this week! Tathlin, leader of the Pria Knights of Rennd, will guide you through your basic training before you will have to choose which of the 4 Kingdoms you will serve. New class gear and an awesome series of trials will test your mettle and see if you have what it takes to call yourself Knight! 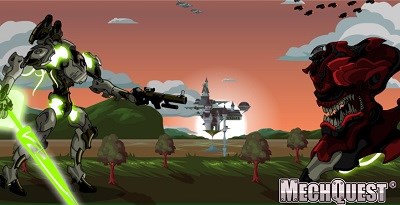 MechQuest
The Countdown Clock is ticking! The March of the Shadowscythe looms near. Are you prepared? Shop in Soluna City for the returning Valoth's Epic head weapons and check back for the newest arm, and then blast off to Westion's Khaeldron Inn Valor Shop for high-level versions of the Corrupted Drakel Armor series!

velc: Wow These might be my favorite releases EVAH But Dragonfable...D-D- does this m-mean WWWAAAAAAAAAARRRRRRRRR!!!!! BATTLEON WARMONGERS ATTACK though im not a general Reply  Posted on 6/21/2013 7:01 PM
Delete  Reply

velc: Well gee Grimskulls got some...uh...issues to work out yeah issues Another question how long did it take for mr. grim-grims to build this dungeon Reply  Posted on 6/21/2013 7:16 PM
Delete  Reply

Zali Blackclaw: I find myself laughing with grimskull every 7 times that I died. Those pitfall traps are the worst. Also, GRIMSKULL! HOW IN THE WORLD COULD YOU LET YOUR UNDEFEATABLE MONSTER NOT GET PROPER NUTRITION!! WHYYYY! I was so looking forward to the fight. Reply  Posted on 6/21/2013 8:21 PM
Delete  Reply

MoglinBeast: I started playing knight class, but after I finished the first quest it just repeated the first quest again instead of going on to the second quest. Reply  Posted on 6/22/2013 3:24 AM
Delete  Reply

Pyromanticore: NEEEEAAATTT release for AQWorlds! But can I ask you guys a question? Where did you guys get the idea of the Angler-bait thing.... did you get it in Devil May Cry? Reply  Posted on 6/22/2013 7:19 AM
Delete  Reply

dragon123: raxgore the unkillable is killibala he starved to death hahaha i comleted the dungeon hahahahahahahaha Reply  Posted on 6/22/2013 9:11 AM
Delete  Reply

Withered: Alright, I have a question for the AE team working on Grimskull's Dungeon: Why must we reforge the HeroBlade? In the final cutscene, it's in perfect condition. So what happened to it? Did Grimskull shatter it at the last second? Could you please explain this? Reply  Posted on 6/22/2013 9:33 AM
Delete  Reply

Betasword: for past few years I've watched as ac items have become more and more common, rares in nearly every release...prices may have changed but I was beginning to lose faith in aqw's releases. Then! Grimskull came out, the dungeon was completely non ac (if you don't include grimblight) it had a ton of content and was very enjoyable. Grimskull's dungeon had something other releases for aqw lacked; a feel of involvement in the world, the feel of innovation and change that I've been waiting for for years in aqw. This release renewed my faith in AE and I look forward to more gimskull dungeons and wonder what else AE has in store for us in the future. Reply  Posted on 6/22/2013 2:36 PM
Delete  Reply

Betasword: The grimskull release as wonderful as it is does have a few downsides; Part 1 was fun and interactive sadly part 2 the area meant for higher level players was a long monotonous grind, I was unable to have any fun during the section designed for players of my level because of that. Story in short, interactive fun filled dungeon is great! long, dull, and boring grind not so much. Posted on 6/22/2013 2:36 PM

asasqw: It seems the Adventure Quest knight addition needs some repairs. Every time I try to get past level five the quest just points me to a coming summer 2013. Reply  Posted on 6/22/2013 6:04 PM
Delete  Reply

kabimarta1: Amazing AQW release! I really admire how funny it is that Grimskull gets to laugh at you every time you make a mistake in one of the dungeon's rooms that sends you to the "Death Screen". The Princess/Ghost King Angler boss monsters were especially hysterical. I'll be looking forward to next week's Dage Scorned release and the winning entries of this OS contest in-game in OS itself! Reply  Posted on 6/22/2013 9:53 PM
Delete  Reply

Necropol: This is so ugly!I really liked Herosmash,but there are a lot of bugs! And beyond that,the last "serious" update was now 2 months! (The last updates were only about new shops with useless things) Please work more at herosmash and add something really "playable"! Thanks. Reply  Posted on 6/26/2013 3:14 PM
Delete  Reply