OverSoul Beta Revolution continues! Everyone is hard at work making OverSoul THE BEST online card game ever—using YOUR comments and suggestions, of course! Warlic is working his magic on the new User Interface. Nulgath is giving makeovers to game assets and the OverSoul homepage. Rolith is mastering card customization. What else do you wanna see in OverSoul? Let your voice be heard in the Comments below! 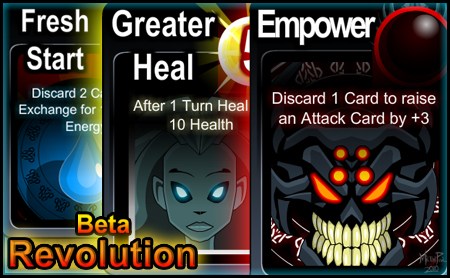 Feelin’ so fly like J6! Continue your adventures through the J6 saga and finally uncover the secrets of this mysterious bounty hunter. Now that J6 is about to finish his Doomsday device, it’s up to YOU to stop him. Gear up in Evil Undead Limited Time Rares, eggsperience the eggcitement of Grenwog, claim the new Dragon Blades in Galanoth’s Birthday shop, suit-up in the GI J6 armor sets, find the whereabouts of Datadisk 3, and embark on the J6 saga finale Part 1! 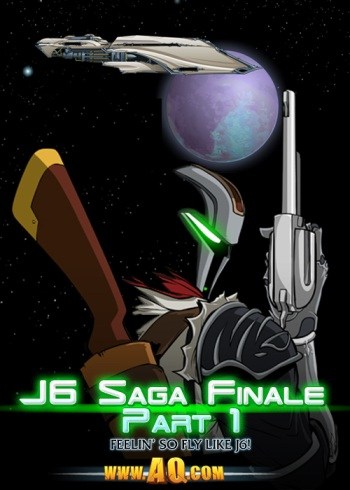 It seems you have done a great job collecting eggs...I mean egg-shaded fuel containment pods...for the Lagomorphs. The bunnies are so pleased that they're adding even more to Brachylagus' secret shop! Don't have any eggs? All you need to do is fight! Now hop to it, Eggpic Dueler! 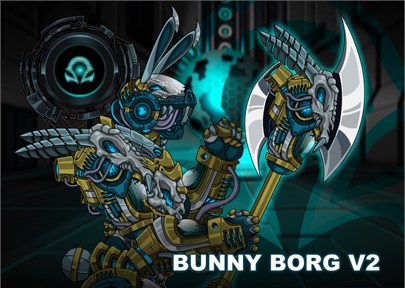 Dage the Evil came to DragonFable on April 1st…but in a form like you’ve never seen before! Meet Dage the Sneevil and fight his Undead Sneegion during this year’s April Fools Day event. After swiping that smirk off Dage the Sneevil’s face, head into the Sandsea and confront Sek Suat. What does the decaying despot want from you? Find out as Sek Duat opens up to you about his past... and his current goal! 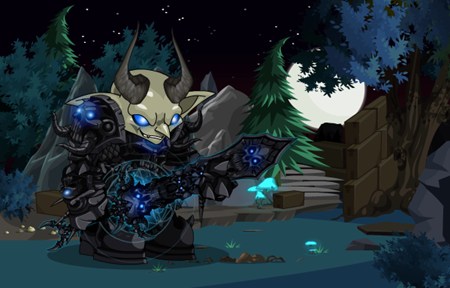 Happy (Belated) Birthday to Gibby! Grab a Limited-Time Giblet Kebab Energy Blade and skewer your enemies in honor of the occasion. To boost the Lucky War victory incentive, all Lucky quests will add bonus XP and credits rewards. Also, a L50 version of the Clover Shot reward arm will be in the shop when you reach 100%, with NG DPT and a Power boost of +5 for the standard price of 5000000 credits. If you can hit the 100% mark by Sunday at midnight I'll increase the Power to 20 (same as the Primary stat of a L50 mod)! 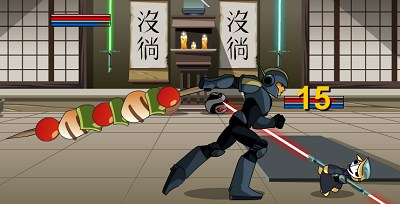 Smash into Spring time! Pytor the Bunny has returned along with his shop of seasonal goodies. Where? You will have to find that out for yourself! Also get your new April Fools Day items at the fairgrounds—and that’s no joke! 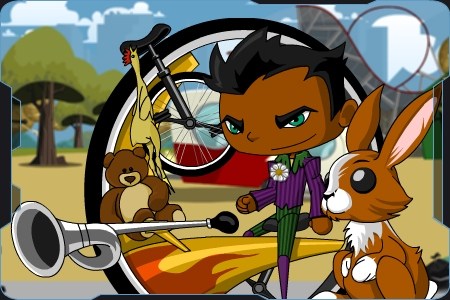 Donovan seeks to rob the life essence of Lore's mightiest creatures! Not satisfied with werewolves, vampires, and dragons, he now has his sights set on the Verewog! Can you stop Donovan from conquering Lore and save the Grenwog from the vamprism and lycanthropy it is now infected with? Also get your April Fools event items: a new weapon, 4 new House Guards, 6 new mobs, and previous years event items with updated tiers! 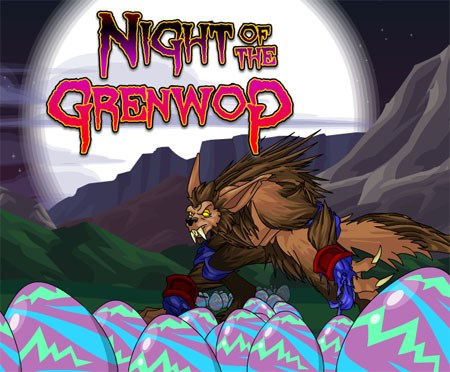 Niroquill: Alrighty for OverSoul, more dragons, character custom to the characters that you already have possessed (meaning armor color, eye color and etc), booster packs if they haven't to be said to be coming, being able to team up with friends in battle would be nice because sometimes to be honest some bosses can be a little hard and sometimes fighting alone can be boring, to be honest 2v2 and 3v3 in PvE and PvP sounds nice and for a card based combat game it would be amazing. Um but yeah more dragons, I've been waiting for a dragon to be released and I only see Black Dragon and Poison Drake, which hardly anyone has possessed, but seriously more dragons would be nice, fire ones or chaos. When I heard of OverSoul I was hoping it'd be some of those Nulgath chain quest that were in AQWorlds, like the ones for Nulgath larvae and for Jugger and etc, hopefully you understand what I mean, but yeah I'd like to see those in OverSoul since it's Nulgath's world I'd like to see his old chain quest referbished like, I see some examples like that fish in the Grotto. That's pretty much all I've gotten. Reply  Posted on 4/6/2013 9:43 AM
Delete  Reply

BWMagician: OS: Maybe something like in AQW where the map name and number is shown at some part of the screen and not just at the chat bar? And the chat not disappearing when the room is exited. And the log out actually log-out instead of just refreshing the page. Reply  Posted on 4/6/2013 10:17 AM
Delete  Reply

BWMagician: And the DragonFable one is a bit late, Dage the Sneevil was already gone when this was posted :/ Reply  Posted on 4/6/2013 10:18 AM
Delete  Reply

kabimarta1: Very interesting that this part of the J6 storyline ends with you having to choose between shooting J6 or sparing his life, even though it was a short release. Also: I got Iadoa's armor from him after it was finally released. Best. Day. Ever. Reply  Posted on 4/6/2013 2:00 PM
Delete  Reply

Cryptos2600: Yehey! At last they posted DragonFable and MechQuest. Its really nice to see them all together like a big happy family. I'm happy for HeroSmash's releases, because of their Rare Non-Mem armors. I finished AQWorlds release about J6 and I got the Galactic Eviscerator set. And guess what I'm broke! lol :D Reply  Posted on 4/6/2013 9:56 PM
Delete  Reply

Kylestien: Since OS is working on out comments, and apparently Artix reads ALL of these according to him, I'm gonna ask for two OS things that were wanted on the fourms: Reply  Posted on 4/7/2013 11:21 AM
Delete  Reply

Kylestien: Keep forgetting you can use Enter on this comment section. ANyway, said two things are as follows: 1: A turnn Off In battle Chat option, and 2: Change the hands's artwork. 1 Because i ALWAYS end up fighting really obnioxious people as do others, and 2 because the hands are distracting. If they could be changed to detailed Ghost Hands (SInce we ARE a Ocersoul) or Gauntlets or something it would look better and be less disteracting. Reply  Posted on 4/7/2013 11:23 AM
Delete  Reply

Beckthebeetle: So we're posting suggestions from the forums for Artix and Co. to see? Okay. Please make some simple upgrades to PvP for Oversoul as well! Limiting PvP Random to level tiers would be helpful (so we don't always get level 2's vs. level 16's). Also, Fixing the lobby display for levels (right now everyone looks like they are level 1). And please make it easier to tell if the opponent quit the battle? It's sad dueling AI Reply  Posted on 4/8/2013 1:19 PM
Delete  Reply

Beckthebeetle: And like many other veteran Oversoul players, I'm really looking forward to the Beta Revolution! Also, if this is at all possible, please release Bunnytheus? It would be fun to get all the holiday Revs. Oh and last thing; Maybe include a notice about how the Felinx of Light has not been coded in-game yet? Some people were confused about not receiving their Artbook reward for Oversoul. Reply  Posted on 4/8/2013 1:21 PM
Delete  Reply

Bloody: I think that, if Nulgath wants to REALLY make OS EPIC, he will HAVE to find out a way to put cutscenes in the game. This will allow him to make more in-depth storylines and much darker ones too!! It would allow him to use his darker style more fluently, and THAT i'd like to see. Reply  Posted on 4/9/2013 4:50 PM
Delete  Reply