Unleash the Chaos Beast! Take on Chaos Lord Lionfang’s Chaos Beast Manticore as we near the exciting conclusion of the Thunderforge Saga. Prepare for the ultimate battle that pits the Manticore's venom versus your blade with many massive Manticore items! Galanoth the DragonSlayer has leveled up in real life, and to celebrate, the /lair map has been updated with NEW quests and NEW loot: Evolved DragonSlayer armor sets. /Unsheath out your sharpest blade and slay tons of Dragons to prove your worth as an Evolved DragonSlayer! 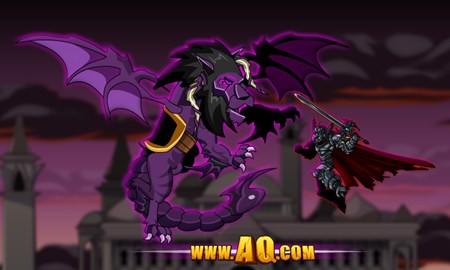 Titan, Rabblefroth, and Charfade are building content while Nightwraith is at PAX East, reporting on the latest industry goings-on from my Twitter feed. This week we will have bug fixes and balance tweaks, plus a restock on our Limited Quantity Shop items. Next week, Delta V's sentient bunnies will emerge from hiding and guide players on an epic egg hunt for amazing rewards! 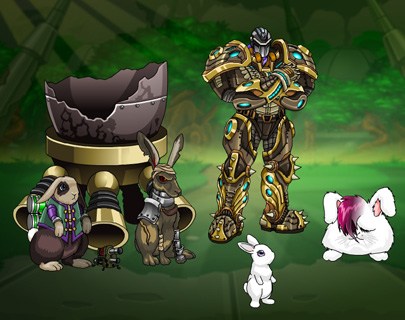 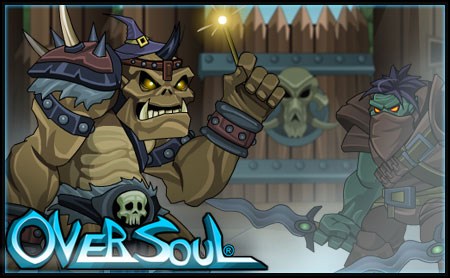 Celebrate St. Patrick’s Day in the Park! Check out these super lucky items that will make you friends green with envy. Now, test your newfound luck against the Zombie Terrornator monster! 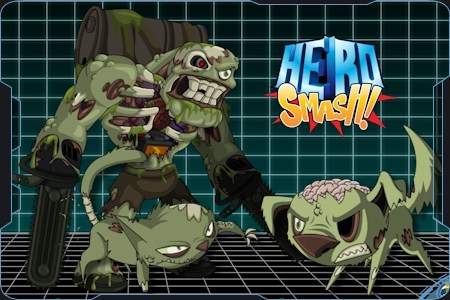 Prepare for UnZardly terror as a massive mystery, a war for the ages, and many new Zards flood the land of Lore! An ancient force has caused many new and strange Zards to rise up, but who—or what—is responsible for this monstrous force? What does SmartZard, Czard, and the equally warlike Ceaszard have to do with it? And what could be behind the secret forest meetings of The ZardMaster and The Zard Hunter? Collect your Rare Item Hunt Clue and smash some Zards! 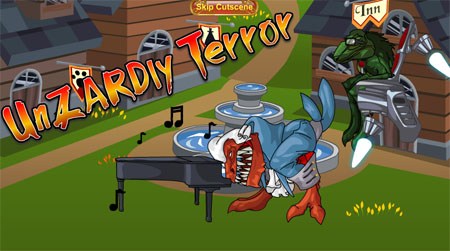 Cryptos2600: Ummm, opening treasure chests is pure randomness, drakath123. You can't be sure if you will get the daidoji katanas you want. I opened a treasure chest and I wanted to get an armor but what I got was CaPwn hat -_- Posted on 3/22/2013 5:52 PM

Gelix: DF doesn't get as big releases as they used to, but they're still getting updated weekly, this week: 3 new quests for Kara SuLema (in the new village of Sulen'Eska ( http://www.dragonfable.com/gamedesignnotes ) Posted on 3/22/2013 7:43 PM

velc: DF is not dying in case you have'nt noticed we've been getting good releases Rave and on the forums theyve said multiple times DRAGONFABLE ISN"T GOING ANYWHERE!!!!!!!! Long Live Dragonfable the Mighty Posted on 3/22/2013 7:43 PM

Cryptos2600: Woot! Love the releases for HeroSmash and AQWorlds. Still killing the Chaos Manticore for the vault key thingy majig. Whew its really hard getting the key, i like killed him like 7 times now and still no sign of the key :(. Reply  Posted on 3/22/2013 10:37 PM
Delete  Reply

Ultimumlord: I must say that I was worried about AQW because of the releases we have been having lately. it was easy and at the same time it was short; and it didn't have some intriguing points. But today's release however was really good. Lets just say it had some of the things that I expected a release to have. I wish you luck with the next release. Reply  Posted on 3/23/2013 1:13 AM
Delete  Reply

Colossus: Here's wishing Galanoth a superb birthday! I wish you many happy experiences ahead and I hope you find many nasty dragons ahead to slay (and hopefully one or two to befriend?)! :D Reply  Posted on 3/23/2013 1:03 PM
Delete  Reply

Stealth: Anyone trying to get the vault key and still no luck... keep trying! When i got it and opened the 3 treasure chests it was worth it! 3 sets are in the vault so u gotta keep trying =D Reply  Posted on 3/24/2013 12:00 AM
Delete  Reply

Niroquill: First: DF is not dead, nor is MQ they get updated weekly don't know about this week though. DF nor MQ are not any less important to Beleen as AQW is to her. Second: Please don't freak out over this one time they aren't updated not like the games are shutting down are they? Reply  Posted on 3/24/2013 9:51 AM
Delete  Reply

Damian_N.: When will the shamrock fair map be deleted? 'cause I want to know how much time I have before I have to trash all my budder(golden) tickets, rainbow shards, and lucky clovers. Reply  Posted on 3/27/2013 2:31 PM
Delete  Reply