MechQuest - End of the Universe

In the busiest street of Soluna City, a cyber-Moglin holds up a battered sign reading, “The end is nigh!” Most of the young and eager mecha pilots of Gears University laugh and dismiss his doom- filled warning. They should not. For our galaxy is under attack from horrific creatures from the unfathomable darkness of deep space. Hearing their cursed name brings even hardened war heroes to tremble. They are known to us as the Shadowscythe. Invaders rumored to be spawned in the plane of Darkness itself.

These shadow beings fuse their twisted darkness form with the technology of the races they have conquered. With each planet that falls to them they become stronger, smarter, and far more deadly. It has been years since the Shadowscythe’s weakest scout forces nearly wiped out our Galaxy. Our resistance did not go unnoticed. Thus I write you to confirm that our worst fears have come true. Our watch probes at the furthest reaches of the Galaxy are being destroyed. While most have gone silent without a trace... we received ONE sensor reading. It was of an Armada of ships bigger than ANYTHING we have ever seen.... or dreamed possible. If these readings are even close to correct, then we have already lost. It can only be one thing... The full assault by the entire Shadowscythe Armada has begun! They are quickly approaching our alliance of worlds. 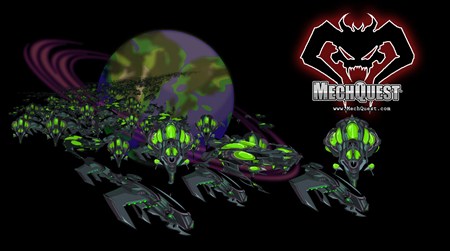 The final battle of our war against the Shadowscythe invaders... has already begun.

Yes friends, it is finally time! Just as the main storyline of DragonFable ended with a bang nearly two years ago, MechQuest is ready for its main story’s grand finale! We are rapidly approaching the mysterious and highly anticipated moment which will finally reveal why MechQuest, a world with giant hulking laser and missile filled mecha came BEFORE the swords and sorcery world of DragonFable. If you think you know what will happen... brace yourself. While the ending was known to us 5 years ago, we are only now revealing it in full... and it is still the craziest, most bizarre, and surprisingly logical conclusion to this great game.

I would like to dispel a few rumors. MechQuest will be the second game with a “finished storyline.” When DragonFable finished, it was amazing. In fact, so many people returned to DragonFable and upgraded during the finale that resulted in the creation of DragonFable’s second chapter. Even if DragonFable not had a sudden resurgence, we would have continued to update it periodically and have seasonal and holiday events. Unlike some other game companies *resists urge to post links* our games never go offline. But it is important to the future of our gaming community that we continue to innovate and take the games to exciting new places. I would very much like to see in our future, a new version of MechQuest on iPhone/iPad/Android & other mobile devices. I would also like to see a in-browser 3D MechQuest PvP game where you are actually looking out of the cockpit of your mecha and can move around and fire. 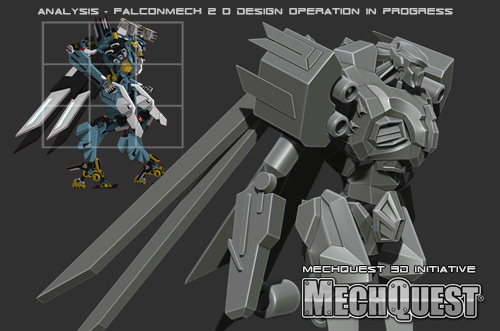 QUESTION: Do you think you know what will happen? "Call it" by typing what you think will happen below. You are only allowed one post each. If you know something about the ending from the staff, you are not allowed to post. (This needs to be fair and "no spoilers") After the ending happens... you will be able to link people to this for a totally reliable "told you so!"